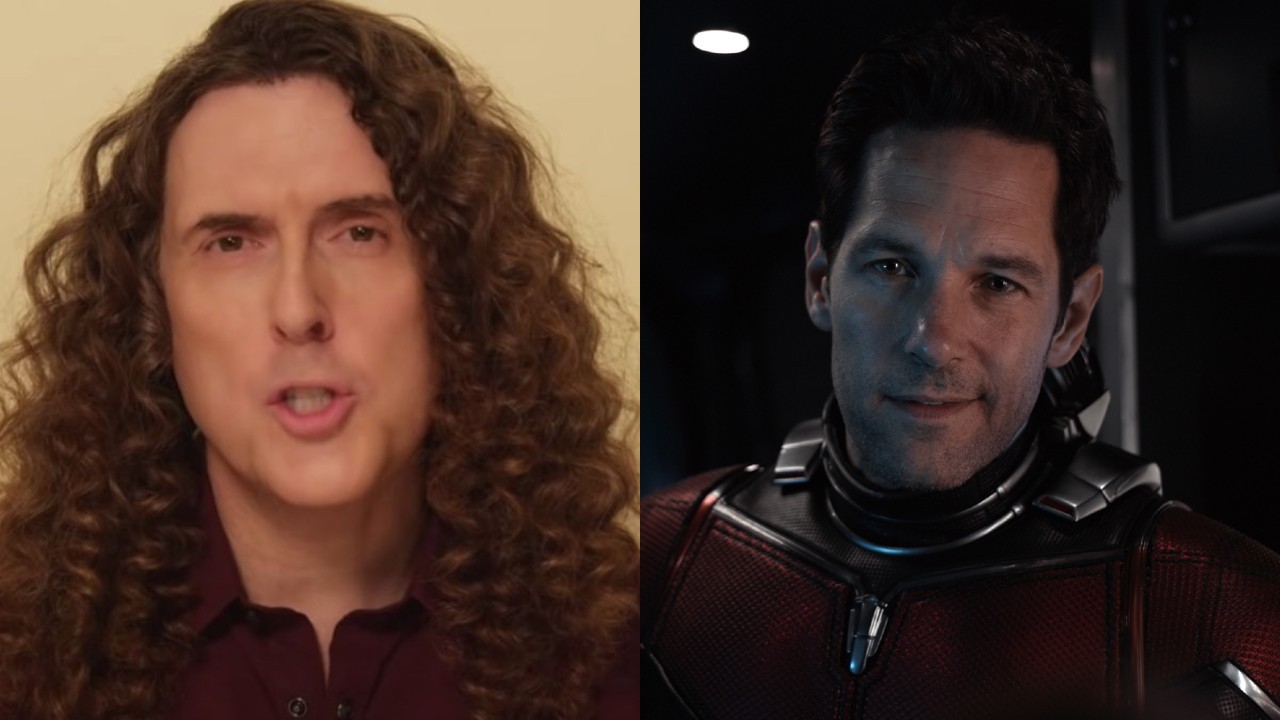 There’s a new Sexiest Man Alive (sorry, Michael B. Jordan), and his name is Paul Rudd! The beloved actor seems very pleased with his new distinction, and his fans are also proud. The announcement from People has also drawn some perfect social media reactions from a plethora of celebrities. “Weird Al” Yankovic was one of the many to share thoughts, and the fan-favorite performer did so with the help of a few hilarious photos in a great post.

Like many people, Weird Al, first and foremost, made sure to congratulate Paul Rudd on his tremendous accomplishment. His Twitter post also included photos, in which Rudd is actually dressed up as the “Amish Paradise” singer for Halloween. No, really, the actor really did channel Al, all the way down to the hair and floral shirt. You can check out the funny snapshots for yourself down below:

Based on this post, one might get the feeling that the singer is taking a bit of credit for the Ant-Man star’s prestigious, new designation. Or he just loves the fact that the current Sexiest Man Alive once cosplayed as him. Either way, this post was a great way to mark the occasion, and it’s so on brand for the viral songwriter. And let’s be honest, Weird Al Yankovic is a national treasure (as many have said), so one can totally understand why the actor would want to dress up like him.

Unfortunately, the man behind “White & Nerdy” and “Tacky” has yet to be named Sexiest Man Alive himself. The competition is pretty stiff, though, as there are certainly plenty of stars who wouldn’t mind holding the title. In years past, Hollywood titans like wrestler-turned-actor Dwayne “The Rock” Johnson, The Harder They Fall’s Idris Elba and NCIS icon Mark Harmon have also held the post. Needless to say, Paul Rudd finds himself in the company of some truly distinguished gentlemen.

But how exactly does the Marvel Cinematic Universe superhero feel about his new title? Well, as humble and laid back as the 52-year-old actor has proven to be, it sounds like he’s ready to take full advantage of his status. He explained that he plans to “own it” and really embrace what comes with it. And apparently, he’s hoping that includes some “sexy dinners” with fellow studs like George Clooney and Brad Pitt. Of course, he’s mostly joking about all of this but, if I were him, I can’t say that I wouldn’t try to indulge in any potential perks.

In addition to this recent honor, the actor has a number of other things to celebrate at the moment. He’s currently looking forward to the release of the highly anticipated sequel Ghostbusters: Afterlife, in which he rubs shoulders with icons like Bill Murray and Sigourney Weaver. He also has a new television project premiering this month in the form of Apple TV+’s The Shrink Next Door, which pairs him with Will Ferrell. So yeah, I think he’s having a pretty good year.

Paull Rudd’s Sexiest Man Alive designation is certainly something to celebrate. Yes, the man hasn’t aged a day since starring in 1995’s Clueless, but he also seems to be a very kind person, which is also pretty sexy. With that in mind, fans will likely continue to sing Rudd’s praises in the midst of this accomplishment. And while they do that, maybe they can start a campaign for Weird Al Yankovic to get some serious consideration next time around.