Skip to content
Tv Show
November 17, 2021
admin
Leave a Comment on Neha Bhasin And Shamita Shetty Get Into A Fight 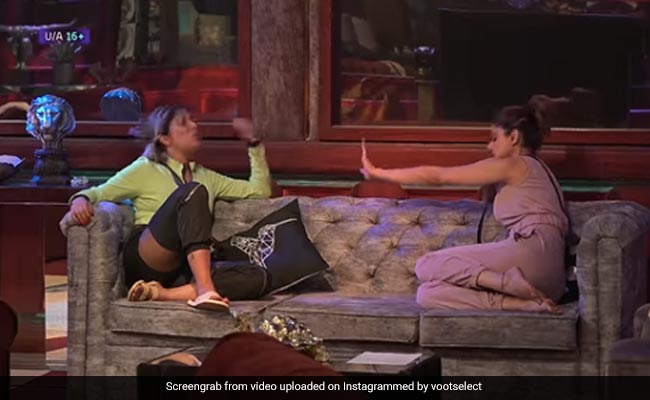 Equations between contestants are constantly changing in the Bigg Boss house. Friends and foes switch places easily in the high-pressure game. On Thursday’s episode of Bigg Boss 15, we saw an example of this when close friends Neha Bhasin and Shamita Shetty got into a massive fight with each other in the course of a task. The bone of contention between them was Neha’s difficult relationship with fellow contestant Pratik Sehajpal. It all began during the VIP task when Neha was seen asking Nishant Bhat to help Pratik. This led to Shamita’s outburst, who demanded to know why Pratik, and not she, was Neha’s priority.

Shamita Shetty then reminds Neha Bhasin in a harsh tone that she should not forget what issues the singer’s relationship with Pratik Sehajpal — during Bigg Boss OTT — has raked up for her. To this, Neha tells Shamita not to bring up the topic but the actress says that she was only doing what Neha had asked her to do with regards to Pratik.

As the fight goes on, Neha Bhasin tells Shamita Shetty, “Don’t play that card with me.” As Shamita continues to call Neha “confused”, the singer reacts in anger and says, “You have crossed the limit with me twice and I don’t like it. I never lost my respect for you. I’m not Karan (Kundrra), Rajiv (Adatia) or Raqesh (Bapat). I am your friend. I deserve your respect.”

The two, however, manage to make up and hug each other at the end of the discussion. Neha Bhasin is seen reiterating that Shamita Shetty will always be her priority and that she was just returning a favour to Pratik by making a case for him in front of Nishant Bhat.

You can catch a glimpse of the argument here: