THIS GAME’S CALLED MURDER
Starring: Ron Perlman, Vanessa Marano and Natasha Henstridge
Please let us know if you would be interested in receiving a viewing link for review consideration
(We ask that reviews be held for week of release)
Theatrical Release: December 3, 2021
@ the Cinema Village in NYC and the Laemmle Monica Film Center in Los Angeles 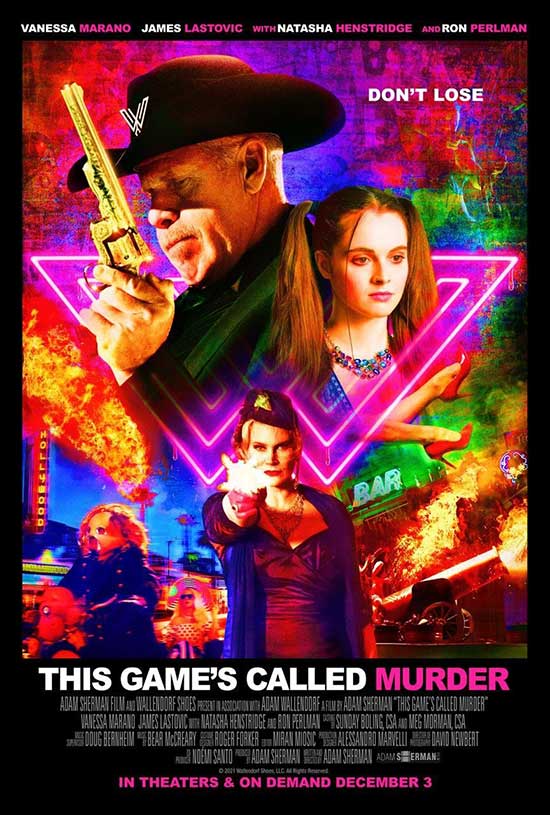 THIS GAME’S CALLED MURDER is a dark and wickedly funny film about the eccentric members of the Wallendorf Family. Mr. Wallendorf, a fashion mogul and designer of iconic red high heeled shoes, Mrs. Wallendorf, his conniving brutal wife, and Jennifer Wallendorf, their daughter and a social media powerhouse who’s just trying to figure out love, friendship, and world dominance. The eccentric Wallendorf’s struggle to maintain the facade of a prominent successful family while their violent nature rips them apart.