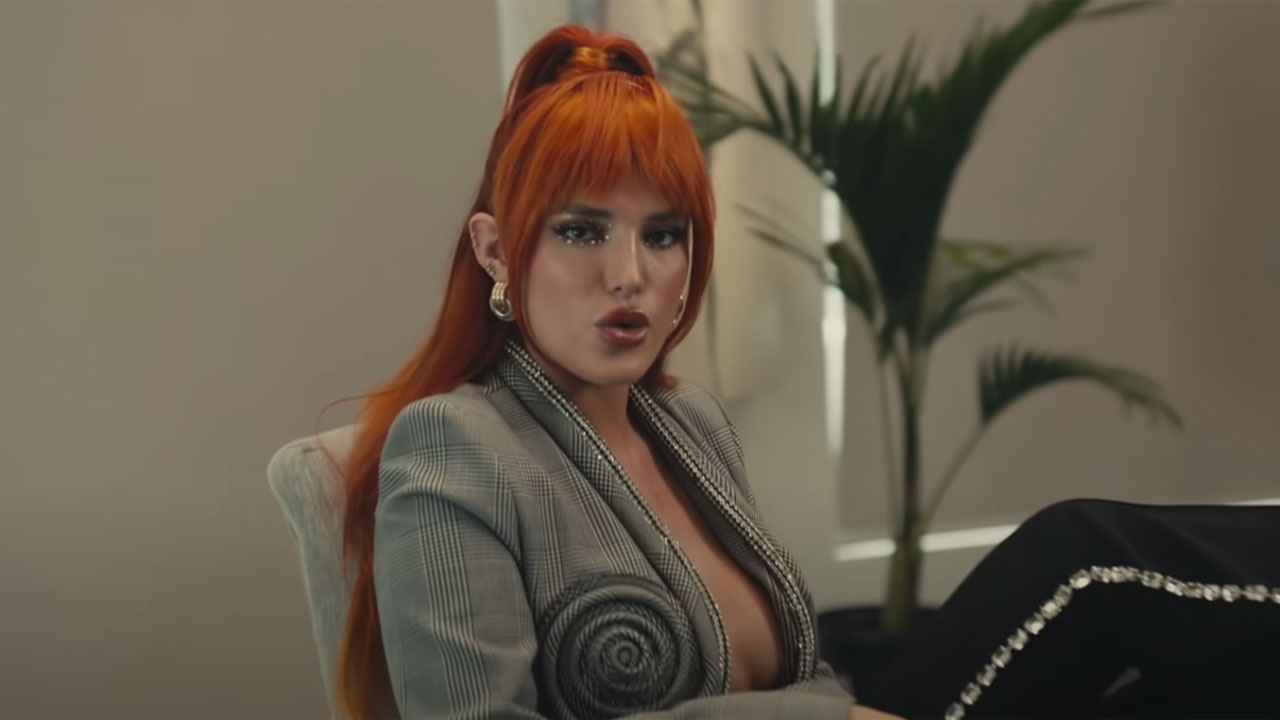 “You” dropped earlier this month and features Bella Thorne as a “boss bitch” who is being ignored despite making her love life a priority on her end. The video waffles back and forth between Thorne’s character in a work setting and having some fun in the bedroom with frequent collaborator Abella Danger. However, there’s one scene in particular that Thorne herself thinks has tongues wagging. She recently shared the scene with the NY Post, noting,

You can’t miss the scene in question in the full music video. If you haven’t seen it yet and are fine with suggestive scenes, you can give it a full watch below.

This isn’t the first time Bella Thorne has created YouTube videos for her fanbase that are intimate and filled with plenty of lingerie and even the occasional pants-free moment. The singer, actress and director has made sex and the body major components of her platform and she says she isn’t going to apologize for that.

“You” is the latest in a string of videos along these themes. Some of her other similar videos include “Phantom,” as well as videos for “Lonely” and “Shake It” that also drew attention for their suggestive natures. One thing’s for certain: Bella Thorne isn’t interested in being conventional. We’ll have to wait and see what she gets up to next.