Skip to content
Horror Movie
October 7, 2021
admin
Leave a Comment on Why is John McEnroe the voice-over on Never Have I Ever?


We explore the teen Netflix series that 80s tennis hero John McEnroe has found himself narrating.

If you haven’t seen Netflix’s Never Have I Ever, then first of all do yourself a favour and find an account to binge it all right now. 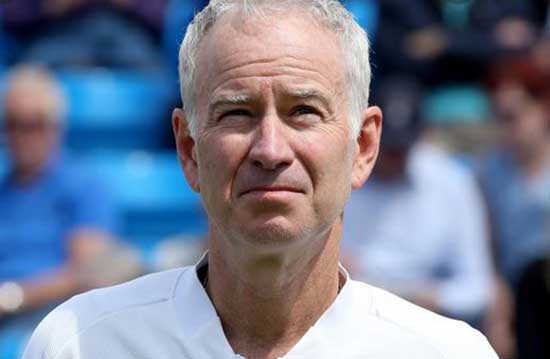 While Gen-Z and those Gen-Y hanging onto the memories of their youth may be able to relate to the storylines a little better, John McEnroe’s voice over offers something for everyone.

But trust us when we say that it just works.

Never Have I Ever on Netflix

As we mentioned in our introduction above, Never Have I Ever is a hilarious Netflix TV series that is worth the attention that it’s receiving.

The drama centres around teenage star Maitreyi Ramakrishnan as she tries to navigate high school as a first generation American in a single-parent household, while also dealing with the death of her father.

Not to mention that in today’s political landscape, the series’ ability to break South Asian and Asian stereotypes has been nothing but a breath of fresh air.

Honestly, the series is worth your time and well worth watching.

But the best part of the series may just be its most random aspect.

That’s right, John McEnroe acts as a type of narrator throughout the show, adding a whole other layer to what is so much more than just a teenage drama.

But how did a washed-up (sorry John, Gen-Z kids don’t care that you won Wimbledon when their grandmother was the same age they are now) tennis player get his break?

An unplanned meeting with Mindy Kaling at an Oscars party back in 2019 was all it took.

Telling TODAY, McEnroe says, “She’s [Mindy] coming out, she goes, Oh, my God, I have this idea that you’d be the narrator of a show I’m making for Netflix.”

“And I’m like, ‘Yeah right… Nine out of 10 things don’t happen, but it actually did happen!” Wild.

Now 62, John McEnroe had actually been interested in doing voice over work since his 20s.

Back in the heyday of his tennis career, McEnroe would sometimes disguise his appearance to avoid attention when he went out into the public.

But whenever he would speak his uniquely dulcet tones, heads would ultimately turn.

A quirky stat about McEnroe’s voice over role on Never Have I Ever is that he never actually attended the set to record his voice overs.

The coronavirus pandemic was in full swing and the role allowed him to record in a remote studio away from the cast.

The irony of an ex-tennis player changing lanes to voice a show about a teenage girl’s struggles to fit in was not lost on McEnroe.

“I could definitely relate to that feeling that you don’t really fit in.”

Pretty eye opening when you stop and think about it for a second.

The Voice Acting Game has Changed

The art of dramatic voice acting involves performing voice-overs to represent a character or provide information to an audience.

While John McEnroe is obviously a unique talent, finding the right talent for a range of different roles doesn’t have to be an impossible task.

For voice actors that deliver dramatic narrations, Voice Crafters has you covered.