Skip to content
Bollywood Movie
October 19, 2021
admin
Leave a Comment on “Virtual Reunion” Of Alia Bhatt, Varun Dhawan And Sidharth Malhotra On 9 Years Of Student Of The Year 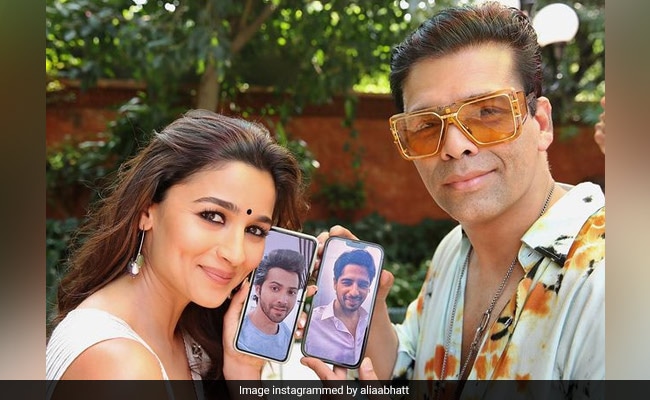 It’s been nine years since Alia Bhatt, Varun Dhawan and Sidharth Malhotra’s debut film Student Of The Year released in cinemas. And guess how the stars celebrated the ninth anniversary of their film, which was directed by Karan Johar? By connecting virtually. Alia, who is busy filming KJo’s Rocky Aur Rani Ki Prem Kahani, posted a photo with the filmmaker on Tuesday and wrote: “There’s something about today… something really special. 9 years later we managed to connect and give each other some happy grateful virtual wala love.” The photo features Alia and Karan Johar connecting to Sidharth and Varun Dhawan via video call on their respective mobiles.

Sidharth Malhotra and Varun Dhawan also marked nine years of Student Of The Year on social media but more on that later.

Sharing the same picture of himself and his co-stars on his Instagram story, Sidharth Malhotra caption it in the most perfect way. He wrote: “Virtual reunion of the students and our mentor. 9 years of SOTY.” 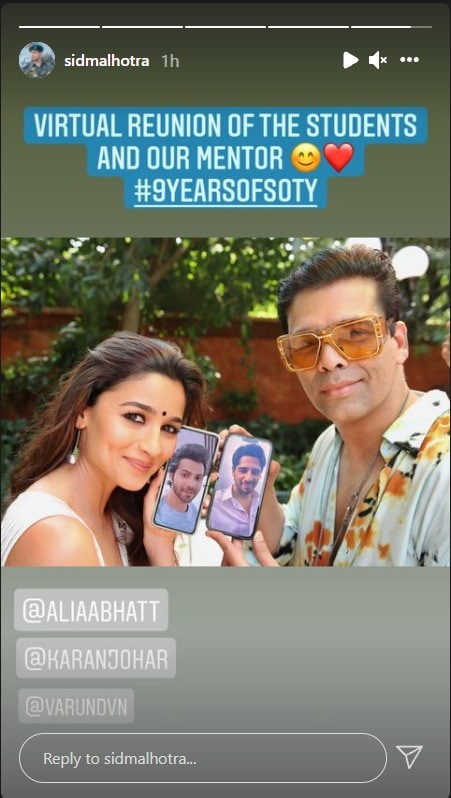 “It’s been 9 years. #tbt #SOTY,” Varun Dhawan captioned these stills from the film.

Karan Johar shared the poster of Student Of The Year and wrote: “October is just filled with gifts that keep giving – and #SOTY is one such! Not only does it continue to give everyone many tunes to break out in a dance or hum along, style that is timeless and for me, many many memories! But the ultimate gifts have been these three students, now superstars who keep on giving their absolute best to the field of cinema! Couldn’t be prouder and here’s to the film that started it all! #9YearsOfSOTY.”

A sequel to Student Of The Year was released in 2019 and it starred Tiger Shroff alongside Tara Sutaria and Ananya Pandey.

Badshah with Big B. (courtesy amitabhbachchan) Highlights Badshah visited the […]

November 27, 2021
admin
Leave a Comment on Just Amitabh Bachchan Trying To Be A “Cool Dude” (His Words)

November 27, 2021
admin
Leave a Comment on Sunny Deol’s Son Karan, 31 Today, Got The Best Wish From His Dad

Bhagyashree with her husband in a still from the video. […]