Skip to content
Bollywood Movie
October 20, 2021
admin
Leave a Comment on Vicky Kaushal Shares A “Powerful” Message Of Unity With This Pic From Sardar Udham 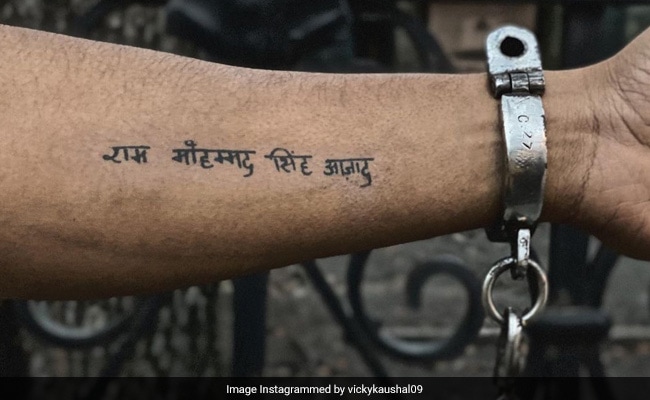 Vicky Kaushal’s portrayal of revolutionary Udham Singh in the film Sardar Udham is earning him praises from all over the world. The actor, who is basking in the success of his latest release, has been posting images and snippets from the shoot of the biopic much to his fans’ delight. On Wednesday, Vicky shared a picture of a tattoo that he sported in the movie. The tattoo on his forearm bears the name “Ram Mohammed Singh Azad”. Sharing the image Vicky wrote, “Sirf naam nahi, ek soch hai [It is not just a name, it is an ideology]. Sardar Udham.” Fans of the actor praised his performance and the valour of the legendary revolutionary in the comments section.

For the unversed, Ram Mohammed Singh Azad was the name that Udham Singh had submitted as his official name upon being detained by British officials in 1940. Udham Singh was convicted and hanged for the assassination of Michael O’ Dwyer, who was the lieutenant governor of Punjab at the time of the Jallianwala Bagh massacre in 1919. Through the name, the film reveals, the revolutionary was spreading the message of secularism and brotherhood among Indians.

On Tuesday, Vicky Kaushal also shared an image of his prosthetic wounds in an Instagram post. Tagging makeup artist Peter Gorshenin in the caption, Vicky said, “Cuts that didn’t make the cut.” He added the hashtag Sardar Udham.

In another post, Vicky Kaushal can be seen recreating a real image of the late Udham Singh. “Shaheed Udham Singh, Sunam. (1899-1940),” he wrote. The resemblance, we have to admit, is uncanny.