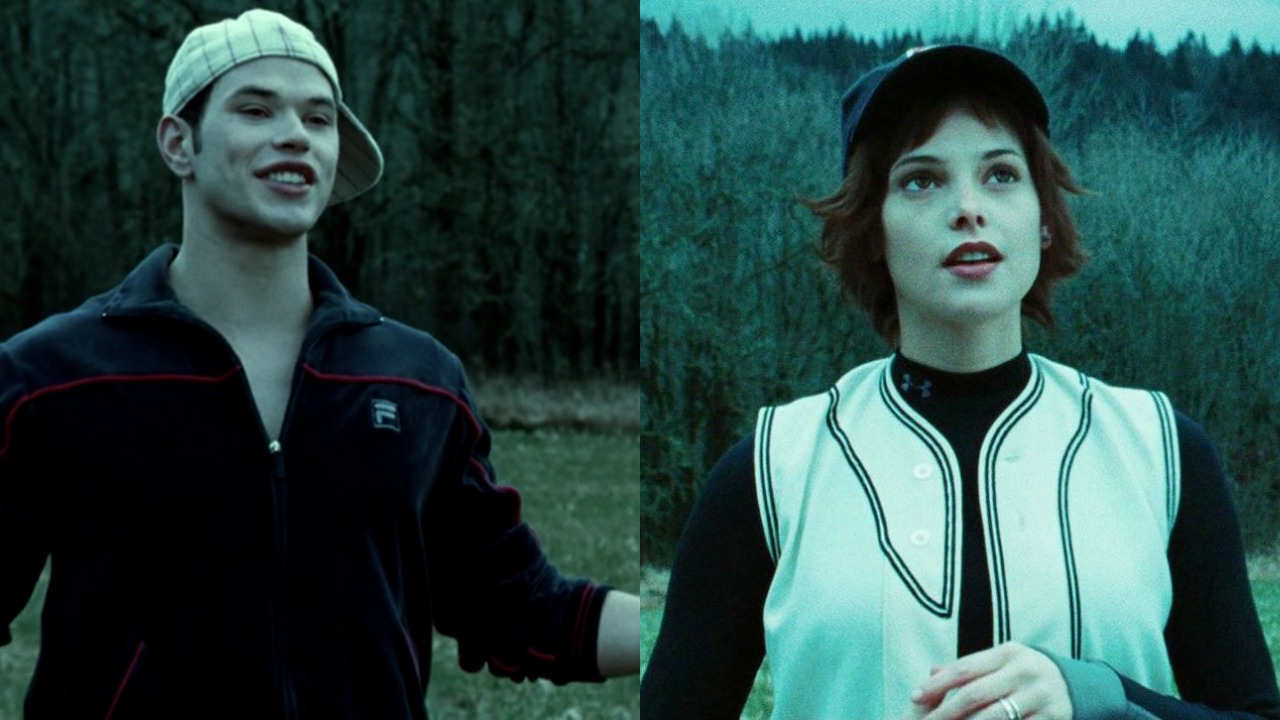 It looks like another thunderstorm just stopped by in Forks, Washington because Alice and Emmett Cullen are back in their uniforms and ready to hit some home runs. Ashley Greene and Kellan Lutz, who played Alice and Emmett Cullen in the Twilight saga from 2008 to 2012 across the five films of the vampire saga, reunited, and it feels so good to see them back in character, even if briefly.

The actors haven’t aged a day in these photos of themselves back in their Twilight attire from the famous baseball scene. Check out these two in character again:

In all honesty, for a moment I thought this was a throwback photo, but no, it’s Alice and Emmett in 2021 still lurking in the forest in baseball gear. The actors, who played siblings for five years, looked happier than ever to be reunited and in costume. Kellan Lutz and Ashley Greene got back into character for a short parody video for Matt Cutshall’s emo’s not dead series. Check it out:

In the video, Matt Cutshall transforms into an emo look on the fly when he gets the wrong idea about his girlfriend (played by his real partner Arielle Vandenberg) and another man. Cutshall dons a long black wig, thick eyeliner and a black sweatshirt, and goes full “emo” before running into Emmett and Alice somewhere in Forks.

Cutshall and Kellan Lutz’s Emmett take part in a short stunt fight scene before Ashley Greene comes out as Alice to assure Emmett that Cutshall is not a vampire, just very emo. It’s a funny and pretty random reunion for the two Twilight actors, but it is great to see them back as the vampires we’ll always remember them as. Their mutual co-star, Nikki Reed, who played Rosalie Hale in the series, got into character in the comment section:

The pure nostalgia in this moment is through the roof! Of course, Twilight was smack dab in the middle of many people’s “emo phase” at the time. The original movie included some music who were part of that scene, with Paramore writing two songs just for the film. It’s a short parody for the actor’s to get back into character, but it goes to show these two can still embody these roles; not unlike their vampire characters, it’s as if they didn’t even age.

Kellan Lutz is married to Brittany Lutz and is raising his first daughter, Ashtyn, who is nearing eight months old. Ashley Greene is married to Australian/Lebanese TV personality Paul Khoury. Both actors are still finding projects to act in, with Greene most recently working with Harry Potter’s Tom Felton on a movie and asking questions about whether Malfoy or Alice would outsmart the other.

Obviously seeing them back together reminds us about how much we miss the Cullens and Kristen Stewart’s Bella Swan. Breaking Dawn Part 2 may have concluded the franchise, but we have hope that someday Stephenie Meyer will at least write her planned sequel to her last Twilight book. In the meantime, the movies’ Edward Cullen is about to star in The Batman, and K-Stew has taken on Princess Diana for Spencer, coming to theaters November 5.