Skip to content
Bollywood Movie
October 19, 2021
admin
Leave a Comment on Trishala Dutt Digs Out A Throwback. This Is How Neetu Kapoor Reacted 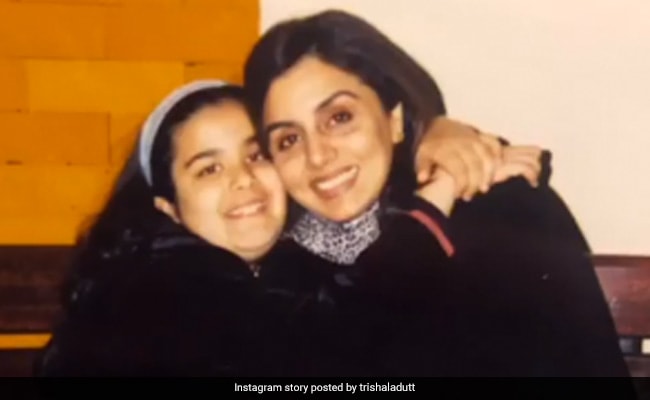 Tuesday became throwback Tuesday for Trishala Dutt and she decided to share a perfect picture on her Instagram story. The picture happens to be from Trishala’s childhood days, in which she can be seen happily posing with veteran actress Neetu Kapoor. Trishala Dutt wrote along with the picture: “Look what I found. Love you Neetu Kapoor.” She added heart emoji and wrote TBT along with it. Later, Neetu Kapoor too shared the aforementioned picture with Trishala Dutt on her Instagram story and she wrote: “Aww too adorable. So proud of what you are doing. Would love to have a consult.”

This is what Trishala Dutt posted: 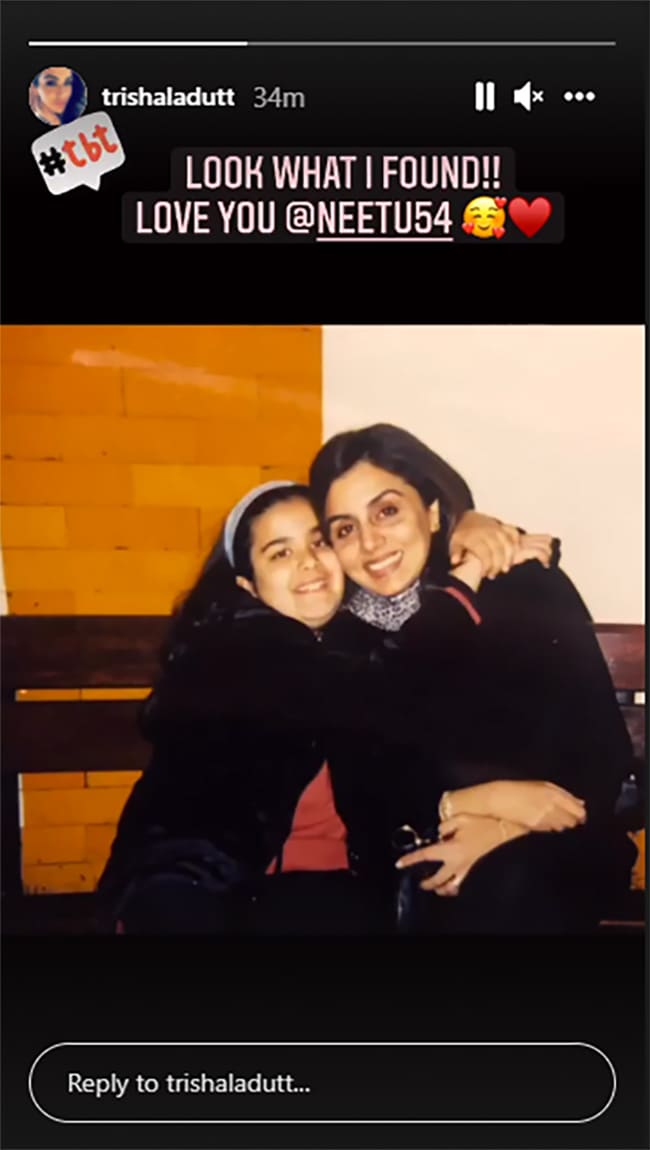 Neetu Kapoor was married to actor Rishi Kapoor, who died in Mumbai on April 30, last year after battling cancer for two years. He was 67. Riddhima Kapoor Sahni, who is a Delhi-based jewelry designer, has been staying with her mother in Mumbai since then. Neetu and Rishi Kapoor’s son Ranbir is also a successful Bollywood actor. Neetu Kapoor’s next project Jug Jugg Jeeyo, co-starring Anil Kapoor, Kiara Advani, Varun Dhawan and content creator-actor Prajakta Koli. The film has been backed by Karan Johar’s Dharma Productions and it has been directed by Raj Mehta.

Trishala Dutt is a psychotherapist based out of New York. Her parents are Bollywood actor Sanjay Dutt and his first wife Richa Sharma, who died of brain tumour. Trishala was raised by her maternal grandparents in USA, where she currently stays. Her father Sanjay Dutt is now married to Maanayata. They got married in the year 2008 and the couple are parents to twins Shahraan and Iqra.