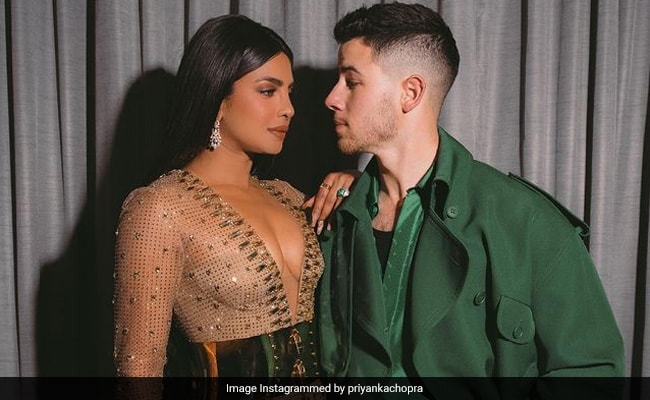 Priyanka Chopra and her husband Nick Jonas have joined the production team of Broadway comedy Chicken And Biscuits. Priyanka announced her and Nick’s association with the project in an extensive Instagram post. She wrote in her post: “I’ve been an avid admirer of Broadway for as long as I can remember, and the magic that you can only get from a live production has excited me all my life. To be part of the “back of house” of a production like this is a dream come true, and the cherry on top for me is being able to do this with my husband. Nick Jonas has been heavily involved in Broadway since he was 7 (it kick started his career), so following his lead on this has been an amazing experience.”

She added in her post, “We could not be more proud to join the producing team for Broadway’s newest show, Chicken And Biscuits. It is a feel-good comedy that will feed your soul! Nick also recently had the chance to spend time with the incredible cast and crew (jealous). I can’t wait for you to experience this heart-warming ensemble. I hope you’re hungry.”

About Priyanka’s next project Citadel, it is a multi-series with productions from India, Italy and Mexico and it also stars Richard Madden and it will be directed by the Russo Brothers. Citadel is Priyanka Chopra’s second project with Amazon Prime Video after announcing the Sangeet Project, a sangeet-themed dance reality show, which she will host with Nick Jonas. Priyanka Chopra was last seen in Netflix’s The White Tiger, based on Aravind Adiga’s Booker Prize winning novel.

Besides being a singer, Nick Jonas has starred in Jumanji: Welcome to the Jungle, Jumanji: The Next Level, Goat and Midway and Chaos Walking. Nick Jonas married Priyanka Chopra in a Christian and a Hindu ceremony in Umaid Bhawan Palace on December 1 and 2 in 2018. The couple later hosted receptions in Delhi and Mumbai. They first met at the 2017 Met Gala.

Nick, Kevin Jonas along with brother Joe, are a part of the famous musical band Jonas Brothers. The band became a household name after they made appearances on the Disney channel. Nick, Kevin and Joe started the band in the year 2005 and they featured in the Camp Rock films. They were also a part of the Disney series titled Jonas. The Jonas Brothers returned to the music scenario in March 2019 with their comeback single Sucker, which ruled all the music charts.