Sundays are “fundays” for Sara Ali Khan, because workouts. If not working or vacationing, the actress, who is a fitness enthusiast, can be found sweating it out in the gym on weekends. Sara Ali Khan gave her fans major fitness goals on Sunday by posting videos of herself exercising in the gym. Sporting an orange and purple workout outfit, the actress can be seen nailing squats. Sharing one of the videos, Sara Ali Khan added the hashtag #SundayFunday to her caption. She was accompanied by an acquaintance named Dr Siddhant Bhargava. Check out the screenshots of Sara Ali Khan’s Instagram stories here: 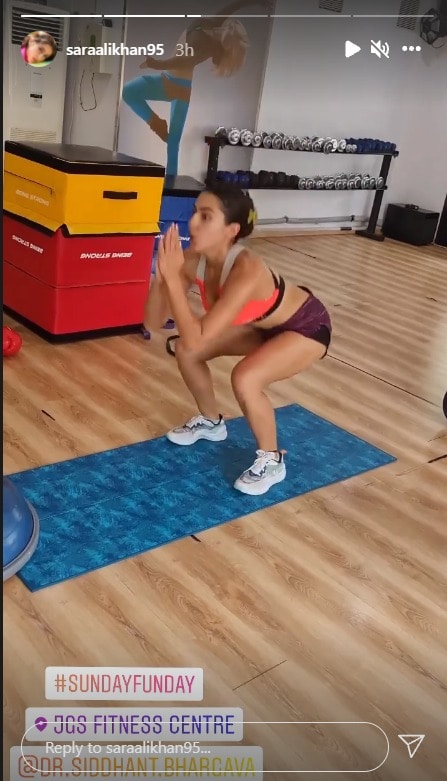 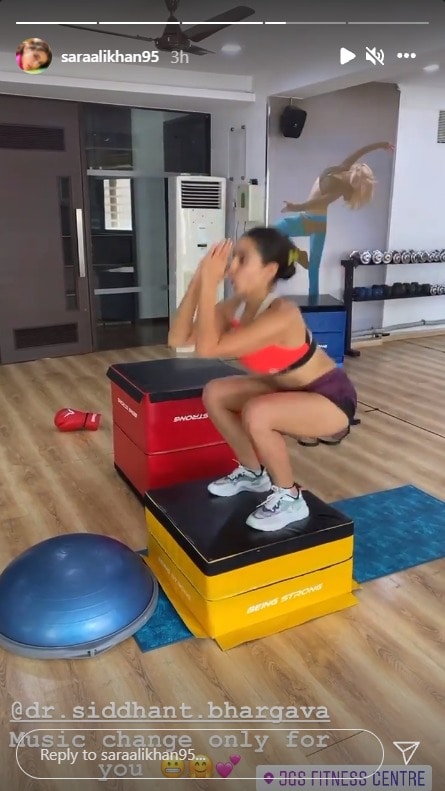 Sara Ali Khan is photographed outside her gym or Pilates classes almost daily. She never skips her workout sessions. The actress, who was once overweight, has come a long way and is now one of the fittest actresses of Bollywood.

Sara Ali Khan was last seen in Coolie No 1, in which she co-starred with Varun Dhawan. In his review for NDTV, film critic Saibal Chatterjee gave Coolie No 1 one star out of five and wrote: “It definitely has more colour and slickness, but all its gloss is strictly superficial. The new version is flashier and louder. The hope clearly is to paper over – and drown out – the sheer pointlessness of the exercise. But no matter what the director and his son, lead actor Varun Dhawan, try, this coolie is anything but numero uno. The 2020 Coolie No 1, released on Amazon Prime Video, is no patch on the 1995 Coolie No 1.”