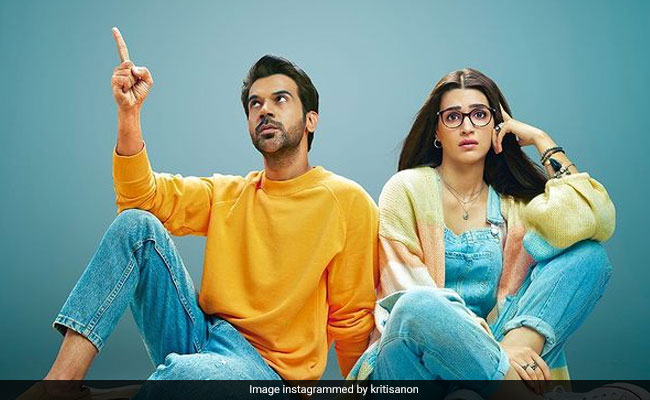 The makes of Hum Do Hamare Do released on Wednesday and it all sorts of funny. The film, which will be backed by Dinesh Vijan and directed by Abhishek Jain, stars Kriti Sanon and Rajkummar Rao in lead roles. The teaser begins with a flashback of the old movies backed by Maddock Films, including Stree, Luka Chuppi, Bala and Mimi, leaving the fans with one question: Ab “Hero kya karega (what will the hero do now)?” Forward to Kriti and Rajkummar’s perfectly-imperfect love story, that can only be complete with family. So Rajkummar Rao does look out for one (family). The film also features Paresh Rawal, Ratna Pathak Shah, Aparshakti Khurana, Manu Rishi Chadha, Prachee Shah Paandya.

Check out the teaser of Hum Do Hamare Do here:

Both Rajkummar Rao and Kriti Sanon have starred in projects backed by Maddock Films. Rajkummar and Kriti have earlier co-starred in Raabta and Bareilly Ki Barfi.

Kriti has worked with the production house in films like Luka Chuppi, Raabta Arjun Patiala, Mimiand she will also be seen in Bhedia. Rajkummar Rao’s films with Maddock include Roohi, Raabta, Stree and Made In China.