Skip to content
Tv Show
October 14, 2021
admin
Leave a Comment on Karan Kundrra Gets Into A Fight With Vishal Kotian 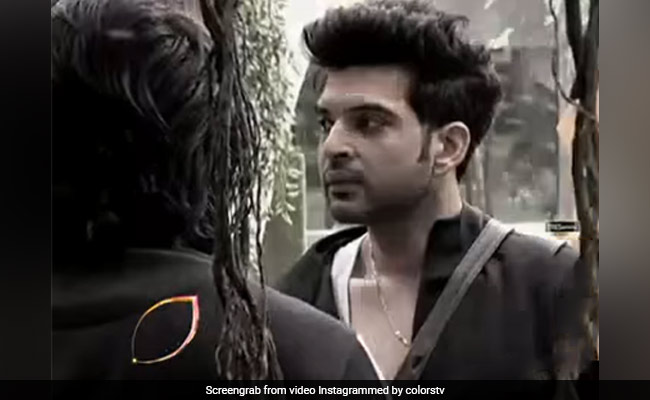 Karan Kundrra in a still from Bigg Boss 15. (courtesy colorstv)

Bigg Boss 15 is getting interesting with each passing day. Equations are steadily changing. This time, all is not well between the Junglewasis. How do we know, you ask? Karan Kundrra ended up feeling betrayed by Vishal Kotian. This happened when Vishal went ahead and tried to convince Gharwale Shamita Shetty to help him win the task. Shamita was moderating the task, which will allow one of the Junglewasis to enter the main premises of the BB house. Right now, the house is divided into two sections: Gharwales, the finalists from Bigg Boss OTT, and Junglewasis are the new contestants who are living in the garden area.

After this act, Karan Kundrra told his co-contestants that he was not expecting this from Vishal Kotian. “Bohot tu humko dost dost bolta hain. Already setting hai to hum logo ko bol data na ke mat karo [He calls us his friends. If he had his plans he should’ve told us].” When Karan confronted Vishal and asked him why did he hide his plans, Vishal said, “Woh mere game hai [That’s my own game plan].” A furious Karan then told Vishal, “Tu fair nahi hain, yeh humay dikh raha hai [We all can see that you are not playing a fair game].”

Karan Kundrra, later, spilt his heart out to Nishant Bhat. He questioned the loyalty of Vishal Kotian and Shamita Shetty. But he was glad that he got to see the real faces of these contestants.

Karan Kundrra also teamed up with Pratik Sehajpal and Nishant Bhat, the other Gharwales. He told them, “Vishal ne mere saath game kheli hai. Mere pass bache ho tum dono. Ab hum apni game khelenge [Vishal cheated me. Now, I am left with both of you. Now. we will play our game.]”

Bigg Boss 15 is being hosted by Bollywood actor Salman Khan.