Skip to content
Tv Show
October 8, 2021
admin
Leave a Comment on Karan Kundrra Apologises To Shamita Shetty For Targeting Her, Says Agenda Was To “Break” Her 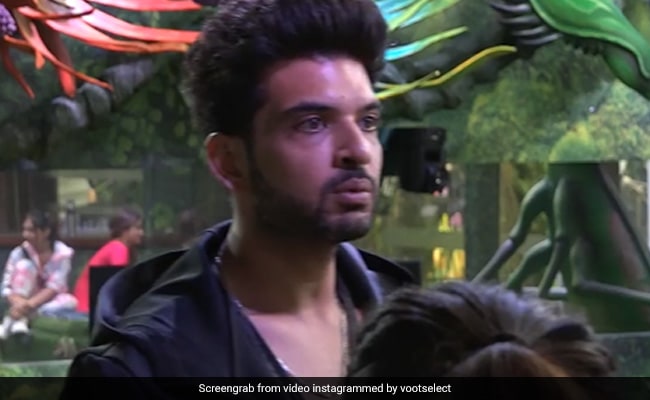 A still from Bigg Boss 15

Bigg Boss 15 may have just begun but there is no shortage of drama and fights. This year, contestants from the recently concluded spinoff, Bigg Boss OTT, have an advantage over others. The season began with Shamita Shetty, Pratik Sehajpal and Nishant Bhat inside the house and other contestants, the Junglewaasis, forced to live in the outer area for a few days. If there’s ever a good setting for conflict, it proved to be this. In the latest episode, Karan Kundrra was seen turning the Bigg Boss OTT contestants against each other, before apologising to Shamita Shetty for doing so.

In a clip from the live feed of the show doing the rounds on social media, Karan Kundrra is seen saying sorry to Shamita Shetty for “targeting” her. He said that the plan was to break one of them so that they would give the Junglewaasis the map that would help them survive and win the task. “The entire attention was on you; to break you,” Karan Kundrra can be heard saying. “Shamita ko thodo [Break Shamita]. Everything was focused on you. We wanted you to lose it, and then make use of the domino effect.”

While Shamita Shetty praises Karan Kundrra and others for playing well, he is seen clarifying that he felt bad about how Shamita was treated and that he had understood several things about her during the task. “Looking at how you were reacting, I realised ki hume kuch alag hi impression diya gaya tha [that we were given a different impression.]”

Karan Kundrra also apologised for age shaming her and said that all comments were made in the spur of the moment.  A clip of the interaction was shared on social media by a user. Take a look.

Credit where due, I appreciate the fact that they had this convo and that he apologized.

IDK what the future holds though coz they’re both strong and could fight again. BB will make sure they do. pic.twitter.com/L3U7QUTVm3

Karan Kundrra came under fire from colleagues and fans for calling Shamita Shetty “an aunty” and resorting to ageism during the task.

Singer Neha Bhasin, who was a contestant on Bigg Boss OTT with Shamita Shetty, chastised Karan Kundrra for his comment. Sharing a note on Instagram, Neha wrote, “Karan Kundrra, kindly grow up and stop targeting Shamita Shetty. Calling grown-up women aunty has become a lame way of shaming them when you are 37 yourself. Calling Pratik Sehajpal chotey and abusing his mother are cheap tactics to hit below the belt. Jay Bhanushali, I really liked you in the opening and I hope you come through cleaner on the show. I hope fans don’t engage in fan wars and for once stand by what’s right.”