Skip to content
Bollywood Movie
October 20, 2021
admin
Leave a Comment on Juhi Chawla Thinks She And Sunny Deol Could Compete For This Spot. She Also Knows Who Would Win 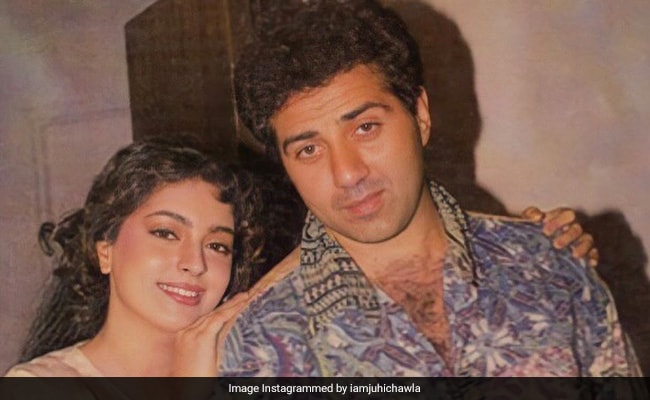 So Sunny Deol celebrated his 65th birthday on Tuesday and he received many wishes from his fans and co-stars. Juhi Chawla, who co-starred with him in Darr, also starring Shah Rukh Khan, posted a throwback with the actor and she wrote that they should compete in a contest of being shy. She also added that Sunny Deol would win the contest. She wrote in her caption: “Happ, happy birthday Sunny ji… Wishing you loads of happiness and success always. On a lighter note, we could both compete for being the most shy people in the industry but you would win the competition. Have a fabulous one.”

Juhi Chawla and Sunny Deol have co-starred in films such as Sultanat, Darr, Izzat Ki Roti, Lootere and Arjun Pandit, to name a few.

Sunny Deol’s next project is Apne 2 with brother Bobby and dad Dharmendra. It will also feature his son Karan Deol. Other than Apne, Sunny, Bobby and Dharmendra have starred in the Yamla Pagla Deewana film series. The actor also announced the second installment of his superhit 2001 movie Gadar.