Skip to content
Bollywood Movie
October 7, 2021
admin
Leave a Comment on Inside The Luxury Resort Rhea Kapoor And Karan Boolani Are Checked Into For His Birthday 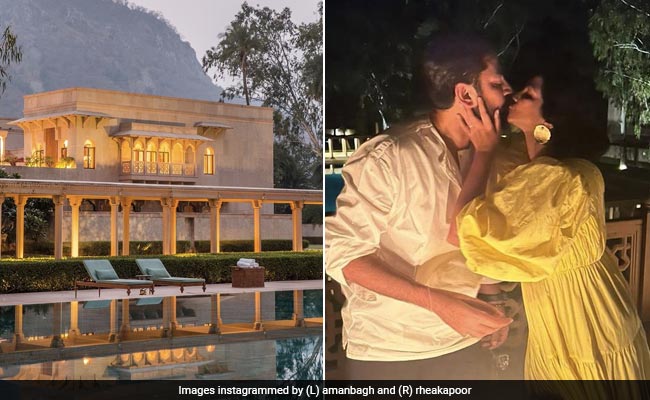 Rhea Kapoor and Karan Boolani have a reputation for going on vacations at the drop of a hat and that’s the kind of life we want. It’s Karan Boolani’s birthday today and needless to say that the couple are on holiday – they are nestled in Rajasthan’s Ajabgarh. Rhea Kapoor and Karan Boolani, who got married in August, have checked into the luxury resort Amanbagh, which is located at the foot of the Aravalli Hills in Rajasthan. On Instagram, Rhea Kapoor shared a bunch of loved up photos from Karan Boolani’s birthday eve dinner and they are so dreamy. “Happy birthday to my partner in everything. Every year with you is more magical and fulfilling. There’s no one I would rather grow up with. I love you so much,” wrote Rhea.

Meanwhile, Karan Boolani celebrated his birthday with a walk in the Ajabgarh Forest Range. On Instagram, the birthday boy shared glimpses of the views he enjoyed in his trail and wrote: “Could not think of a better way to spend my birthday.” Is that a Leopard we see?

Amanbagh is located a few kilometres from the ruins of Ajabgarh Fort in Rajasthan. Here are some snippets of the gorgeous property, from their Instagram:

Rhea Kapoor and Karan Boolani got married in a close-knit wedding in August – the venue was Anil Kapoor’s living room, literally. Professionally, Rhea Kapoor is the stylist behind her sister Sonam Kapoor’s stunning looks. She has co-produced films such as Aisha, Khoobsurat and Veere Di Wedding, all three starring Sonam Kapoor. Karan Boolani worked as an assistant director for the movie Aisha.