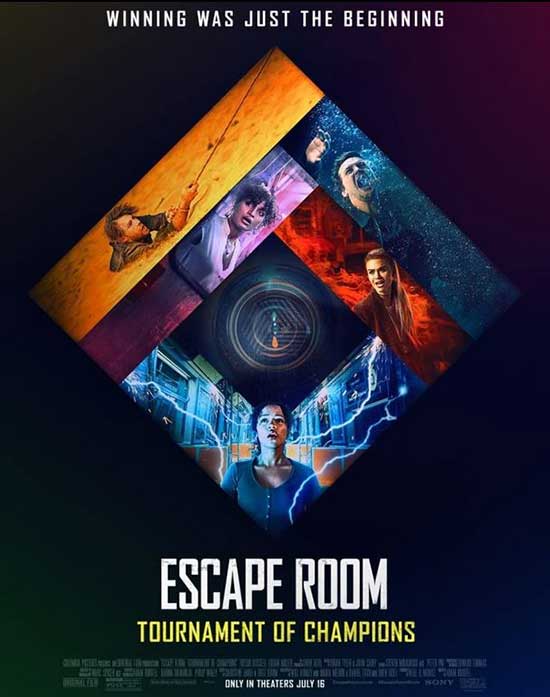 Six people unwillingly find themselves locked in another series of escape rooms, slowly uncovering what they have in common to survive. Joining forces with two of the original survivors, they soon discover they’ve all played the game before.

Usually, when you create a sequel, you take characters/setting/premise from the original and create a self-contained tale that may or may not relate to the events to the original. If the “sequel” is dependent on events in the first film, then should be clear that it is a continuation.

“Escape Room: Tournament of Champions” (“ER:TC” hereafter) is heavily dependent on knowledge of the first film. So much so that the opening of the film is a montage of everything that happened in the first film in an effort to force feed the viewer just enough to get going with the current plotline. You almost expected some derpy 80’s sitcom music to play over it with occasional dramatic pauses on things you really should pay attention to, then announce that Part Two of the tale will now begin.

Doesn’t happen, but it is a nice fantasy. 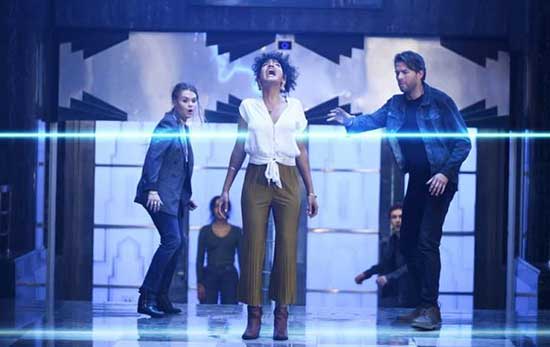 The film begins with Henry, the designer of the elaborate escape rooms, facing some marital issues that include the state of his daughter’s mental and emotional wellbeing. Shortly after his wife gives a threat than she intends to leave, she is trapped in the sauna as the temperature begins to rapidly rise. She recognizes this is one of her husband’s puzzle rooms. She figures out how to escape but succumbs to the blistering heat before she can get out.

We jump ahead to the current time where our survivors from the first film, Zoey and Ben, are determined to track down the people behind the lethal escape rooms. After a couple of complications, they reach the coordinates.

Before they can figure out how to access the area, a street thug snatches Zoey’s necklace, a memento from her mother, and flees. They chase after the thief who tricks them into getting stuck on a subway car. 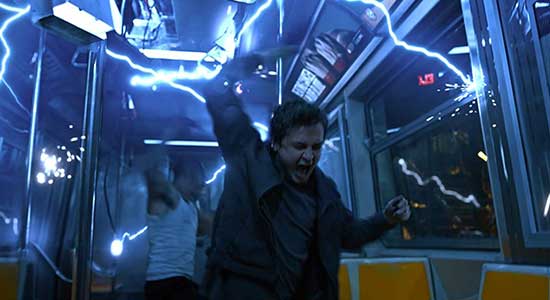 Not just any subway car, they discover. It is the first room of a whole new set of puzzle rooms. The other people trapped in the car with them turn out to be survivors of previous sessions. Once again, they all must work through the puzzles in an attempt to survive.

A trend that I find annoying in the world of film review/comment is saying that a movie was “a great ride”. If you want to use the cliché of saying a film is like a rollercoaster ride, I can support your simile. In the end, a film is not a freaking ride unless you count some of the interactive film “experiences” at theme parks and such.

Unfortunately, calling “ER:TC” a “ride” may be appropriate. It moves fairly fast. It makes a lot of unneeded noise. There are LOTS of flashing lights. The downside is that you don’t get that unreasonable fear of a bolt snapping, sending you twirling through space to your death. Still, you might feel a bit nauseous when it comes to an end, so you have that to look forward to. 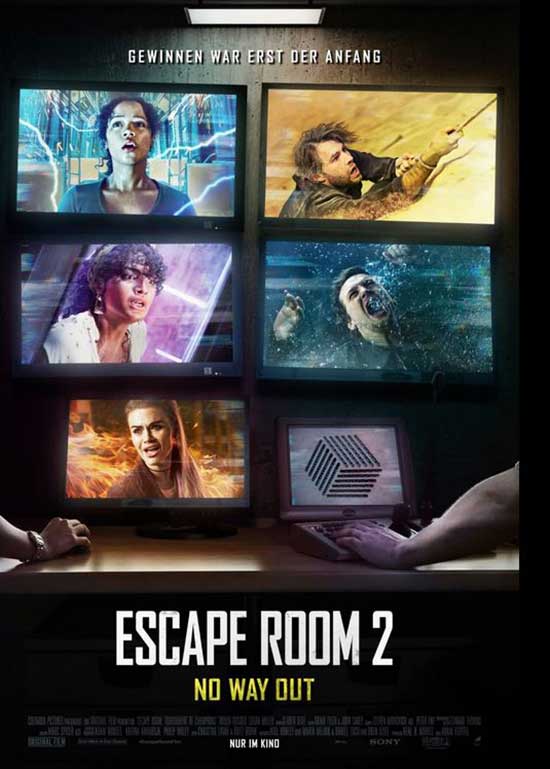 Films of this ilk can be thrilling and unnerving, like the original “Saw”. The puzzle/contest trope has been done many times before with films ranging from the already-mentioned “Saw” as well as the “Cube” series to include more recent hits like “The Hunger Games” and its endless clones. “ER:TC” feels like a twisted version of a late 80’s Nickelodeon game show crossed with the flashiness of the Power Rangers.

The puzzles feel more important than the characters most of the time, so there is rarely any tension of “Will they survive?”. You get more suspense from “What is the next puzzle?” At least with the first film, you had the players’ relating their tragic backstories that united them. Here, the backstories are wafer thin, leaving you with little more than avatars moving from one convoluted solution to the next.

Negatives aside, “ER:TC” gives you what it promises – puzzles and unusual death scenes. If you really enjoyed the first film and simply want more of the same, you will be utterly delighted. In fact, the extended version opted out of the original cop-out ending and provides you with a perfect set up for a third film of exactly the same thing. Again.