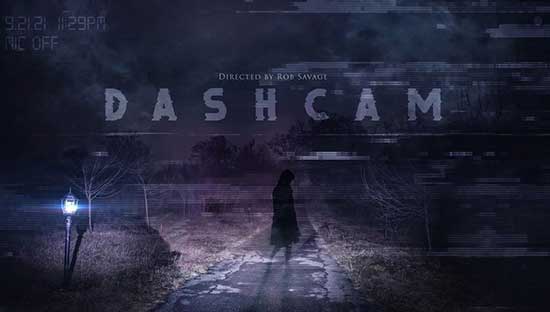 Inspired by Antonioni’s Blow-Up, Brian De Palma’s Blow Out, and Francis Ford Coppola’s The Conversation, Dashcam is a stunning psychological thriller that follows Jake (Eric Tabach, “Blue Bloods”)—a timid video editor at a local news channel who fantasizes about becoming a reporter. While editing a piece on a routine traffic stop that resulted in the death of a police officer and a major political official (Larry Fessenden, Dementer, Jakob’s Wife), Jake is inadvertently sent dashcam video evidence that tells a completely different story. Working alone from his small apartment in NYC, Jake uses his skills as an editor to analyze the footage and piece together the truth behind what actually happened. Has Jake uncovered a conspiracy that he can break on the morning news? Or is he seeing things that aren’t really there?

So, Larry Fessenden plays Lieberman, and after watching Jakob’s Wife, which I will say is one of my favorite films. I was excited for Dashcam. Dashcam was directed and written by Christian Nilsson (Westhampton, Unsubscribe).

Tis the most wonderful time of the year for horror fans, Halloween fans, those of you that like pumpkin-related everything. Horror movies are coming at everyone like a freight train. Some of us watch horror movies all year long, imagine that. 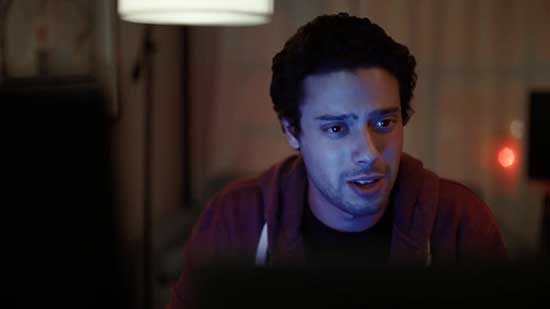 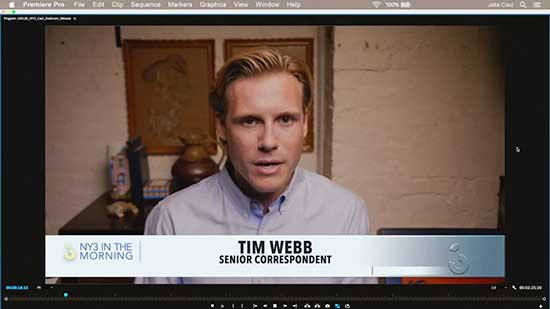 There is so much going on in the world and now everyone has a cell phone or some type of electronic device. Dashcams and body cameras on police officers have also come in handy.

Jake is editing this footage and people believe it could be a conspiracy. Mara (Giorgia Whigham) calls Jake after he gets his last bit of information from Tim, whom he doesn’t really like at all. Mara wants Jake to go to a virtual Halloween party with her. Her friends Gareth (Giullian Yao Gioiello) and Rachel (Noa Fisher) are hosting this virtual Halloween party.

During the Facetime call, Jake gets his email from work. The information he’s been waiting for, the dashcam footage. So, it gets weird right away. Jake gets a phone call from Agent Woods (Scott Aiello), apparently, it’s “highly classified” information. Basically, the gist of the conversation was Jake wasn’t supposed to get the second email and Agent Woods threatened Jake. 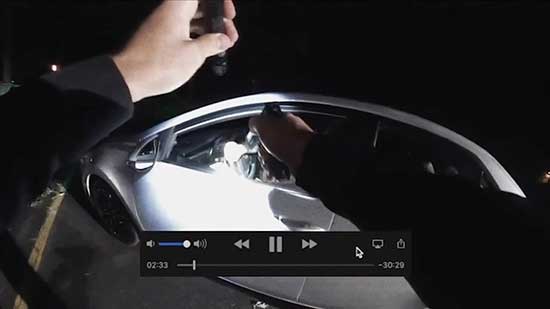 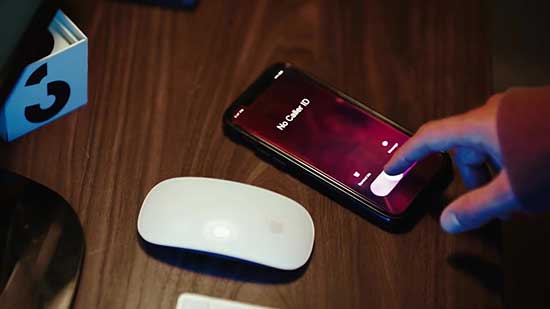 There is no audio in the first video from the first email and now in the “highly classified” email there is indeed an audio file enclosed. Jake listens to the audio and well isn’t this just shady behavior.

The dispatch is voiced by Jacob A. Ware. They want Lieberman held until backup shows up. Jake plays Tim’s story back about how many shots were exchanged between the Officer and Lieberman. I’m sure you can guess; this information is wrong.

Jake stumbled upon something incredibly scary. This is scarier than any horror movie…. Conspiracy theories that could be true? Jake seems upset but he heads into the bathroom to deliver his report to the mirror. Jake wants to be a reporter but how can Jake safely get this information out to anyone?

His phone’s ringing again… Don’t answer it. Oh, it’s Halloween in the movie, October 31st. It’s odd because the footage from the body cam footage is sort of frozen once it shows the officer on the ground. It’s wild because I’m not shocked or phased by this movie.

That’s sad in many ways. I do have faith, I have faith in humanity, not all the time and some people are not always trust-worthy. OH NO his doorbell keeps ringing and there is no one showing up on the door bell camera. Don’t answer the door, get the sword. (Sebastian Maniscalco reference.) 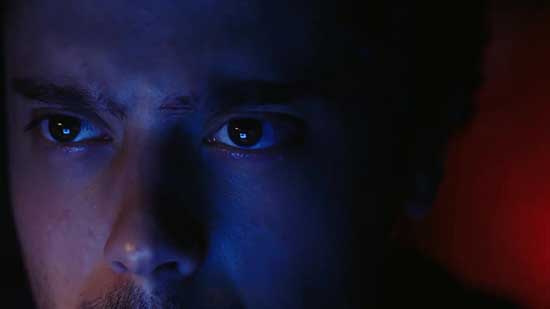 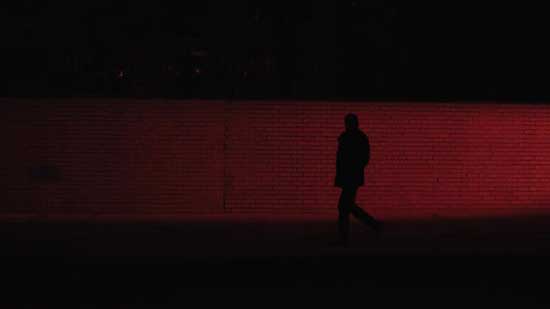 Let’s discuss Brian De Palma’s film Blow Out (1981) for a moment. Blow Out’s synopsis is, “A movie sound recordist accidentally records the evidence that proves that a car accident was actually murder and consequently finds himself in danger.” It stars John Travolta, Nancy Allen, John Lithgow, and Dennis Franz.

It’s one of those psychological films that completely keeps you on edge. You are barely sitting on your seat. Brian De Palma directed some incredible films including Body Double, The Untouchables, and Dressed to Kill. If you haven’t seen Dressed to Kill and Body Double, definitely watch those.

Okay, back to Dashcam, Jake is going to the window. It’s getting creepier. You know whats really strange, Blow Out was made in 1981. Don’t you ever wonder, like really wonder about movies and how these ideas just come about?

This allegedly wildly almost wildly impossible stuff could happen? It is happening. It may sound crazy and people will always say, oh, that’s crazy. Could never happen. I think about people who stood up and tried to speak truth in life like, Dr. Martin Luther King.

Jake listens to the audio and he finally listens to Lieberman’s audio. Dan Lieberman is the former attorney general for the state of New York. Jake is trying to piece all of this together; Tim’s calling and wants to know why his story isn’t up and ready to go. 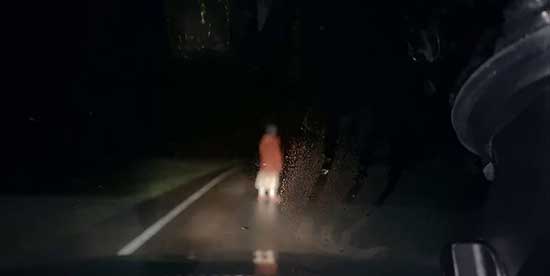 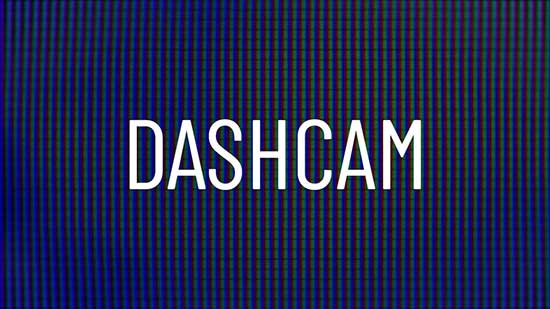 Jake’s trying to figure out a noise or a voice and I’m over here like I’m at a paranormal investigation trying to listen and putting my ear buds in.

The Conversation (1974) “A paranoid. Secretive surveillance expert has a crisis of conscience when he suspects that the couple, he is spying on will be murdered.” The Conversation stars Gene Hackman, John Cazale, Allen Garfield, and Frederic Forrest.

The Conversation was made in 1974. It’s strange to think about how many films, and strange events that have happened.

Jake decides to ask Mara since she speaks different languages, and she also believes it was some type of conspiracy. Jake is really taking a chance. Jake is one real deal messed up situation. He’s on edge now. It’s sad, I feel like Jake won’t get to release the real footage.

I would definitely say check out Dashcam. This is wildly insane. It’s this mind-f*ck of a movie, and you just don’t expect stuff like this but then again in so many ways you do. It’s crazy. Christian Nilsson did a great job.

DASHCAM WILL BE RELEASED ON OCTOBER 19TH.