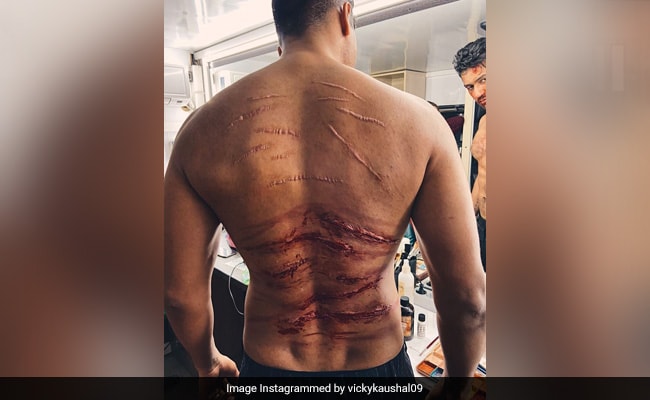 Vicky Kaushal, who is basking in the success of his recently-released film Sardar Udham, shared a picture of his prosthetic wounds in his Instagram post on Tuesday. The actor, acknowledging makeup artist Peter Gorshenin, wrote in the caption: “Cuts that didn’t make the cut.” He added the hashtag #SardarUdham. In the film, Vicky Kaushal was seen as Udham Singh, who assassinated Michael O’ Dwyer, former lieutenant governor of Punjab, in revenge for the Jallianwala Bagh massacre in Amritsar in 1919. Udham Singh was tried and convicted of murder and hanged in July 1940.

Not all scars, however, were makeup. In an interview with India Today earlier, Vicky Kaushal said, “I got 13 stitches on my face due to an injury. The scar you see in the film is real.”

Sardar Udham released on OTT platform Amazon Prime Video and it opened to largely positive reviews from film critics. In his review for NDTV, film critic Saibal Chatterjee gave the film a 4 star rating and praising Vicky Kaushal’s performance in the film, he wrote that Vicky Kaushal gives his “best performance to date.” He also wrote: “As far as Bollywood biopics go, Sardar Udham is a cut above. It will always be a hard act to follow.”