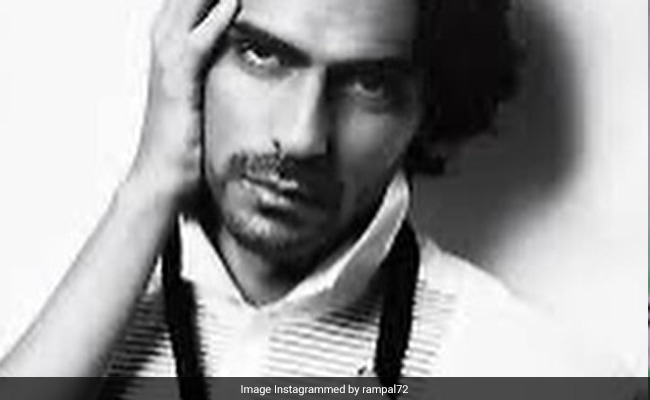 Arjun Rampal, on Tuesday, made a trip down memory lane and shared amazing black and white throwback pictures of himself. His post is a throwback treat to his fans. The photos appear to be from the actor’s modelling days. Most of them feature him sporting long hair. “B&W #throwback #compilation #timetravel,” Arjun Rampal wrote in the caption of his post. His fans are all praise for him in the comments section. “One of most handsome men in the world,” commented a user while another wrote: “You were one of the most handsome Indian actors, you still are, of course.”

Arjun Rampal’s love for black and white throwback pictures is known to all. Some time back, he shared these pictures from his modelling days and wrote: “Throwback to 1995 photographer Pat, remember these early days in Mumbai when the world was a playground. Dreams, aspirations, new friends, somewhere in Andheri on a friend’s terrace. Clueless of how life would turn out. Look back and feel just gratitude. #nostalgia.”

We love this photo of Arjun Rampal from “some decades ago”:

Arjun Rampal was last seen in Zee5’s courtroom-drama Nail Polish, which also featured Manav Kaul. He has featured in a number of films such as Dil Hai Tumhaara, Asambhav, D-Day, Chakravyuh, Inkaar, Om Shanti Om, Rock On!, Housefull, Raajneeti and Ra.One, in which he co-starred with Shah Rukh Khan.

His next film Dhaakad was originally scheduled to open in theatres around Diwali 2020 but was delayed due to the COVID-19 pandemic. It is now slated to release on April 8 next year.