Skip to content
Bollywood Movie
October 6, 2021
admin
Leave a Comment on Anil Kapoor’s Wish For Son-In-Law Karan Boolani Is Everything 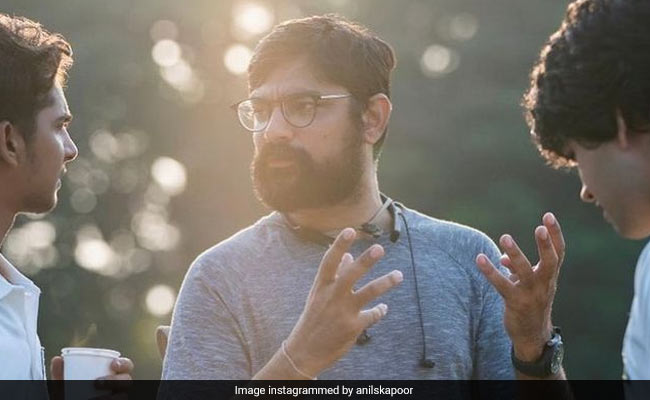 Filmmaker Karan Boolani is celebrating his birthday today and his friends and family are making sure that he remembers the special day for a long time. Karan Boolani’s father-in-law, actor Anil Kapoor led from the front by posting a special note and images of the filmmaker on Instagram. In the heartfelt post, Anil Kapoor wrote, “Happy Birthday, Karan Boolani. You have always been like my son and a part of the family but I am so glad this year it’s official. May you keep succeeding and inspiring us all every day.” Anil Kapoor’s daughter Rhea Kapoor, who is married to Karan Boolani, reacted to the post with a heart emoji. Karan Boolani, too, followed suit.

Rhea Kapoor’s sister, actress Sonam Kapoor also penned a special birthday wish for brother-in-law Karan Boolani. Posting a series of pictures with Karan and her family, Sonam wrote, “Happy happy birthday, Karan Boolani. Thank you for being the voice of reason when Rhea Kapoor and I want to be completely unreasonable. And then thanks for getting us out of trouble because of our unreasonable behaviour. Thanks for taking care of us and being the best at it. We love you. I’m so glad you’re my friend and now my brother-in-law. Love you.”

And what about Rhea Kapoor’s message for her significant other? The sweetest things, clearly. Rhea Kapoor wrote, “Happy birthday to my partner in everything. Every year with you is more magical and fulfilling. There is no one I would rather grow up with. I love you so much.”

That’s not all. The happy couple made a quick getaway to Rajasthan’s Ajabgarh to ring in Karan Boolani’s birthday. The couple is spending quality time at a luxury resort and the pictures from Karan’s birthday-eve dinner are as beautiful as they get.

Karan Boolani seems to be thrilled to celebrate his birthday away from the bustle of Mumbai. The birthday boy spent his day exploring the Ajabgarh Forest Range and took us all along with a series of pictures. “Could not think of a better way to spend my birthday,” he wrote in the caption.

Karan Boolani and Rhea Kapoor got married in a private ceremony in August, this year.