Skip to content
Bollywood Movie
October 5, 2021
admin
Leave a Comment on Alanna Panday Sums Up Her “Last 6 Months” With This Clip 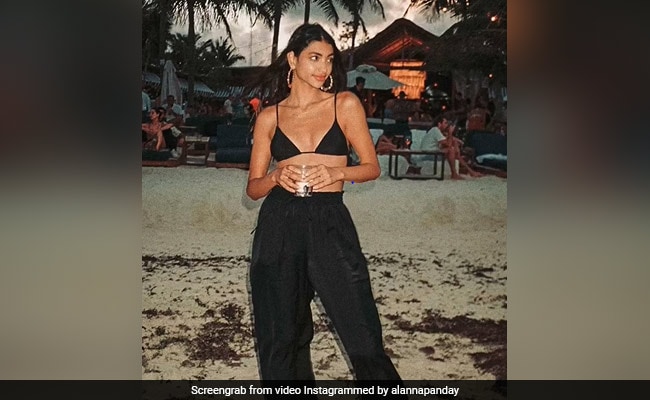 Alanna Panday, who is a model and the cousin of actress Ananya Panday, summed up her past six months in a video collage and shared the clip on her Instagram profile on Tuesday. The videos and photos, obviously, feature Alanna Panday‘s boyfriend Ivor and they are mostly from the couple’s beach vacations. In one clip, Alanna can be seen sitting in a café while in some other photos, she can be seen chilling on the beach with Ivor and in Hawaii. Sharing the clip, Alanna Panday wrote: “Last six months on film.”

This year, Alanna Panday vacationed with Ivor in Hawaii, Mexico, Maldives and Arizona. She has shared stunning pictures of herself from their trips on her Instagram feed. We have selected a few for you, check them out here. You can thank us later.

Alanna lives with Ivor in California. Earlier this year, answering a question about how her family reacted when she broke the news about moving in together with her boyfriend, she said: “They were so happy. I remember telling my mom first that we are getting a house and she was absolutely ecstatic.”

Alanna often posts pictures of herself in bikinis, for which she has been slut-shamed many times on Instagram. Last year, in an Instagram post, she wrote about being body-shamed on social media. An excerpt from her post read “I wish I had spoken about it sooner, but waking up and reading things like this just became normal to me – it’s an everyday part of my life… What’s worse than waking up to hateful comments about my body every day, is that it comes from other women.”