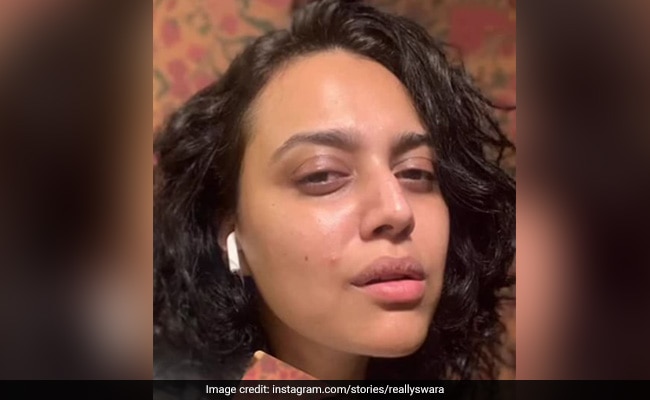 Actor Swara Bhasker decided to ditch her make-up and posted a couple of no-filter pictures and videos on her Instagram stories on Tuesday night and they are real in every possible way. Swara, in one of her Instagram stories, wrote: “Promoting acne positivity,” adding a few smiley emojis. Posting another no-filter entry to her Instagram stories, the actress wrote a caption with a hint of self-deprecating humour. “Normalise using the phone camera like a mirror to check your zits, acne and other creatures your face gave birth to,” read her caption. 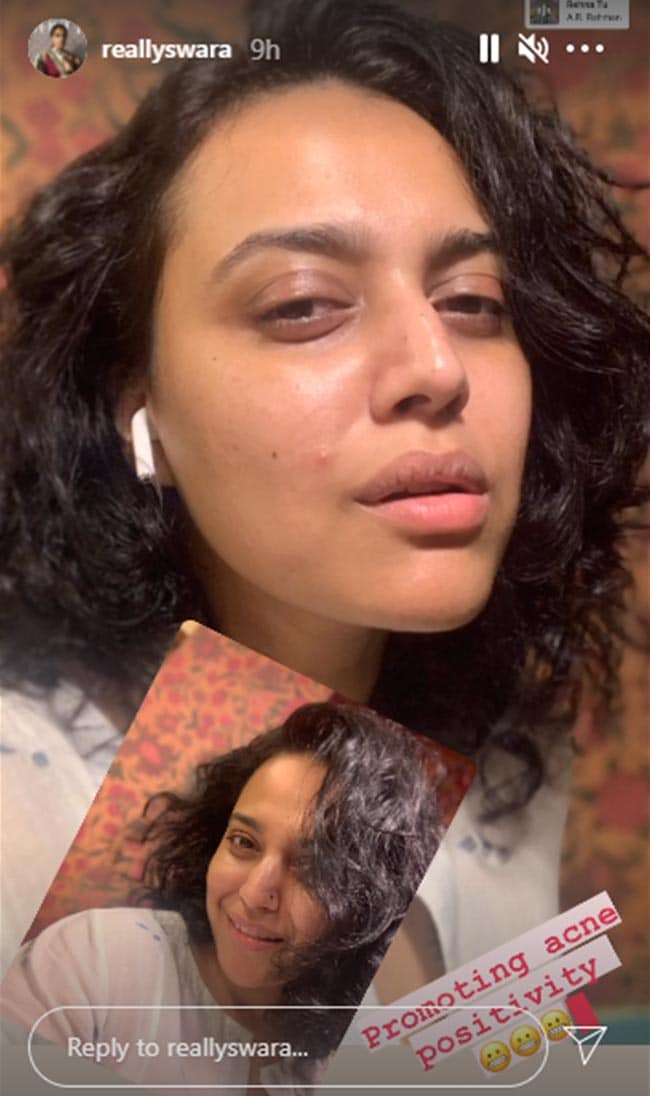 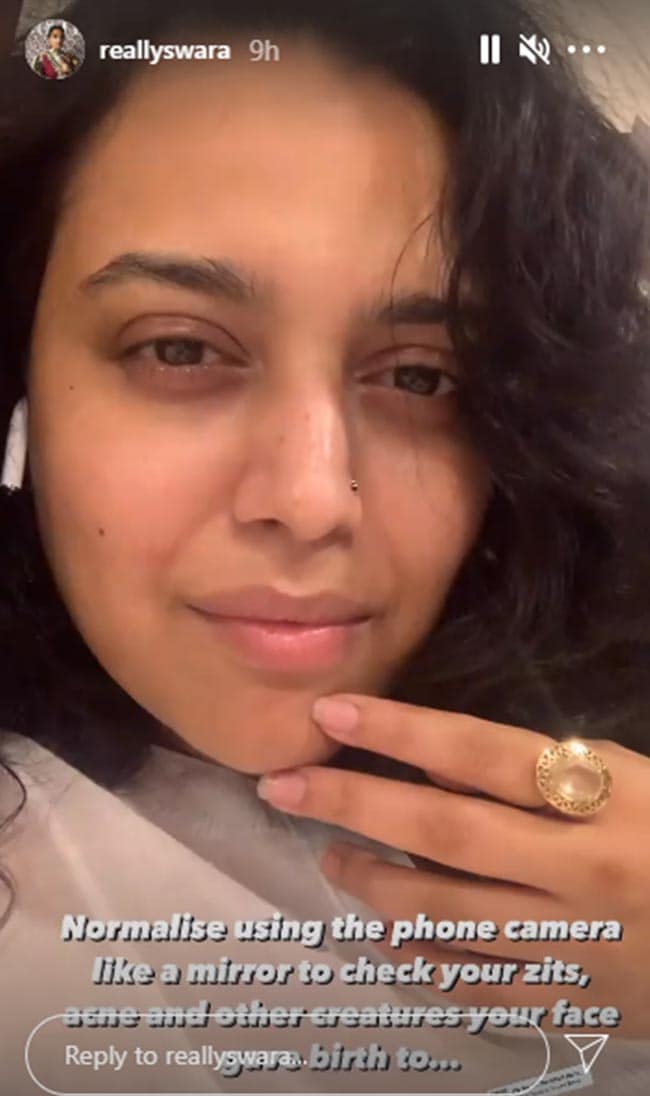 Swara Bhasker stepped into the Indian film industry with the 2009 film Madholal Keep Walking. However, her break out film was Aanand L Rai’s Tanu Weds Manu, in which she played the role of Kangana Ranaut’s friend Payal. The actress is best-known for her performances in films such as the Tanu Weds Manu series, Nil Battey Sannata, Veere Di Wedding, Sheer Qorma, Raanjhanaa and Anaarkali Of Aara among others. She has also featured in several web-series including It’s Not That Simple, Rasbhari and Flesh.

Swara Bhasker was last seen in the 2020 Netflix web series Bhaag Beanie Bhaag. She will next appear next in the film Jahaan Chaar Yaar, which will be directed by Kamal Pandey.