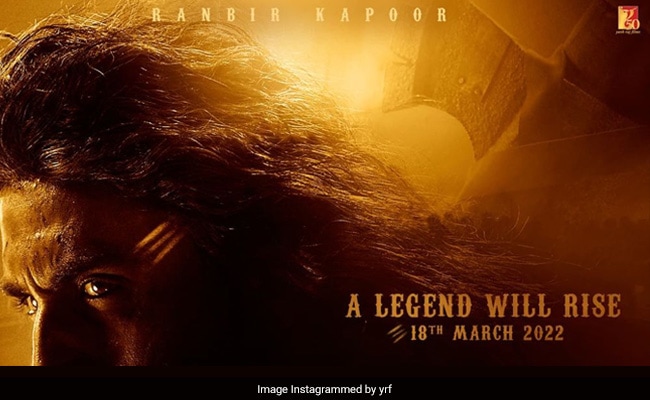 It’s raining surprises for all movie lovers out there. The latest one is about Ranbir Kapoor. To glam up the actor’s birthday, Yash Raj Films, the makers of his upcoming film Shamshera, have unveiled a poster on Twitter. Ranbir’s intense look is already giving us goosebumps. “A legend will rise,” reads the text on the image. The caption goes like this, “The legend will leave his mark.” What about the release date? It will hit theatres on March 18, 2022. After reading this, we just can’t keep calm to watch the “legend” on screen. Can you?

As soon as the poster made its way to social media, fans flooded the comments space expressing their excitement.

A user wrote, “Waiting for this one. A strong contender for Highest Grosser of The Year (HGOTY). Ranbir- the legend.”

Waiting for this one. Strong contender for HGOTY. Ranbir- the legend.

Another thanked Yash Raj Films for sharing the poster.

There were a few like us who experienced goosebumps.

Shamshera is being directed by Karan Malhotra. Sanjay Dutt and Vaani Kapoor will be seen in important roles. Sanjay Dutt will be playing the character of a “ruthless and merciless” villain. Vaani is Ranbir Kapoor’s love interest.

Earlier in a statement, Yash Raj Films had said, “Shamshera is a desi high-octane masala film. An edge of the seat adventure, it is set in the heartland of India and will have jaw-dropping action sequences.”

Ranbir Kapoor’s poster comes days after Yash Raj Films announced its release schedule. Apart from Shamshera, the other films that will be released by YRF are Bunty Aur Babli 2, Prithviraj and Jayeshbhai Jordaar. These movies will hit the theatres between November 2021 and March 2022.