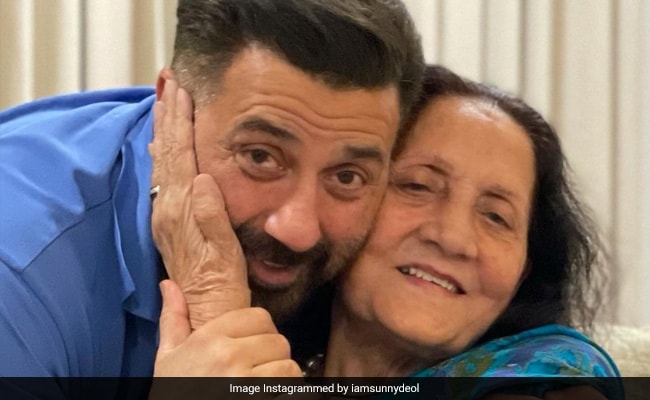 The Deol brothers, Sunny and Bobby, wished their mother Prakash Kaur on her birthday with adorable greetings. On Wednesday, both the actors shared adorable pictures with birthday greetings on their respective social media profiles. Sunny Deol posted a happy picture with his mother Prakash Kaur and he captioned it: “Happy Birthday Mama. #mama.” Meanwhile, his brother Bobby Deol shared a picture with his mom and he captioned it: “Happy Birthday Maa. Love you.” The comments section of his post was filled up with greetings for his mom. “Happy birthday,” commented Bobby Deol’s Housefull 3 co-star and friend Chunky Panday. Deane Panday commented: “Awwwwww happy birthday to mommy.”

On the work front, Bobby Deol has several projects in the line-up, which include Penthouse and Love Hostel. He will also co-star with Ranbir Kapoor, Anil Kapoor and Parineeti Chopra in Sandeep Reddy Vanga’s Animal. He will also feature in the second installment of the 2007 film Apne with his dad Dharmendra and brother Sunny Deol. The film will also star Sunny’s son Karan Deol.

Bobby Deol, who made his Bollywood debut with the 1995 film Barsaat,co-starring Twinkle Khanna (who is now a best-selling author and a columnist), completed 25 years in Bollywood last year. Bobby Deol, over the years, has starred in films like Soldier, Badal, Gupt, Race 3, Jhoom Barabar Jhoom and Ab Tumhare Hawale Watan Saathiyo, to name a few.