Skip to content
Bollywood Movie
September 30, 2021
admin
Leave a Comment on “He Is Assisting On A Karan Johar Movie” 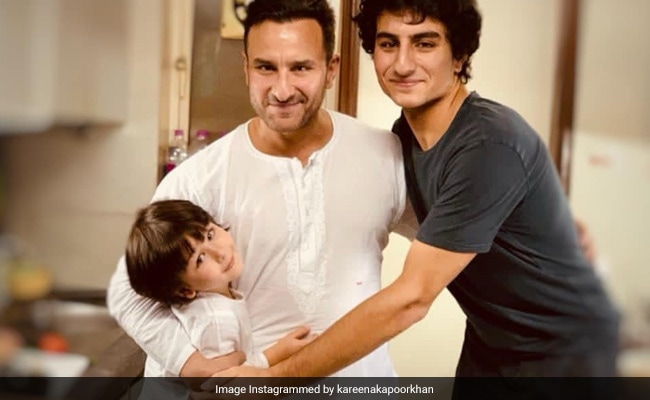 Did Saif Ali Khan just confirm that his eldest son Ibrahim has stepped into Bollywood already? Yes, he did. Speaking to Siddharth Kannan in a recent interview, Saif Ali Khan revealed that Ibrahim indeed plans to have a career in showbiz as he has already begun his stint in Bollywood. Saif Ali Khan said Ibrahim is working with Karan Johar on one of his projects. Saif Ali Khan was asked about his equation with his kids when he said: “They are all different. Ibrahim is assisting on a Karan Johar movie and sharing that, and talking about what his ideas and dreams are. Sara is older and we have a very different equation.” Sara Ali Khan, who is also an actress, and Ibrahim, are Saif’s kids with his first wife Amrita Singh.

Moving on to his kids Taimur and baby Jeh, Saif Ali Khan said in the interview: “Taimur is looking up to you for guidance and all that. Jeh is just smiling and drooling. You know, he is much more my mental age than any of them, is the newborn of course.” Kareena Kapoor and Saif Ali Khan welcomed Jeh in February this year while Taimur will turn all of five in December this year.

Saif Ali Khan’s revelation about Ibrahim made the Internet wonder if Ibrahim is working with the team of Rocky Aur Rani Ki Prem Kahani, which will mark Karan Johar’s comeback as a director. Starring Ranveer Singh and Alia Bhatt, Rocky Aur Rani Ki Prem Kahani will be a love story. Karan Johar has often been criticized for only launching star kids in the film industry. He’s introduced several celebrity kids such as Alia Bhatt, Ananya Panday, Varun Dhawan, among others, through Dharma movies.

Speaking to Mumbai Mirror last year, Saif Ali Khan had said Ibrahim is keen on joining the film industry: “I don’t know if I will launch him. It’s an option and films are certainly a viable career choice for him. He’s sporty and likes the idea of being in the movies rather than pursuing an academic job. No one in the family, with the exception of his sister (Sara Ali Khan), has been interested in the latter anyway.”