Skip to content
Bollywood Movie
September 27, 2021
admin
Leave a Comment on Dia Mirza Replied To Someone Who Asked “How Much Did You Charge” For Global Citizen Event 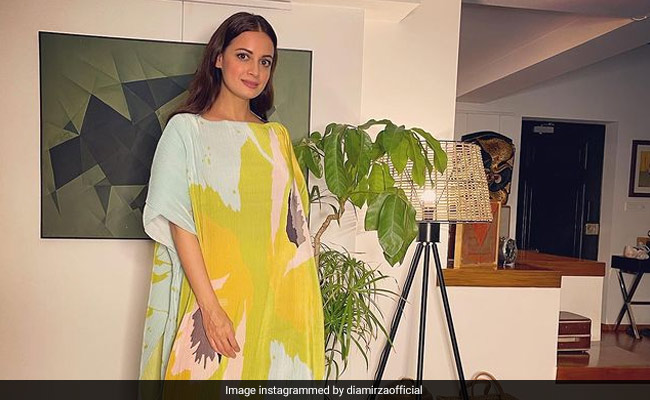 Actress Dia Mirza, also known as an environmentalist, was part of the Global Citizen Live, which was held in Mumbai on Sunday. On her Instagram, the 39-year-old actress shared snippets of the event, where she had to encounter a query about her remuneration. Without mincing words, Dia Mirza revealed she didn’t charge a fee for being part of an event with a motto for raising awareness. “How much did you charge?” asked a user on her Instagram, when Dia replied: “Nothing.” At the Global Citizen Live, Dia Mirza addressed pertinent issues such as poverty, equality, injustice and climate change. Apart from being a film star, Dia Mirza is also a United Nations Sustainability Development Goals Advocate. 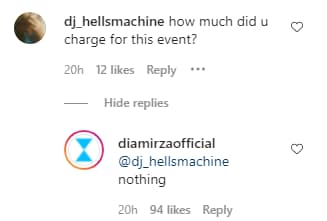 The Global Citizen Event in Mumbai was part of a concert that’s being held in cities across the world. It aims to raise funds to end global hunger and provide means for 41 million people, raise awareness about climate change and vaccinate the world against COVID-19. “Thank you, Global Citizen for bringing us all together to defend our planet for all people! What an extraordinary display of humanity. As always it was an honour and privilege. Thank you, Priyanka Chopra for bringing us together,” Dia Mirza wrote in her caption.

Priyanka Chopra, who is a UNICEF Goodwill Ambassador, hosted a segment of the Global Citizen Concert in Paris on Saturday, from where she shared these photos.

In terms of work, Dia Mirza, a former beauty queen, is best known for starring in films such as Rehnaa Hai Tere Dil Mein, Sanju, Dum, Dus and My Brother… Nikhil, among others. She was last seen in the 2020 film Thappad.