Skip to content
Bollywood Movie
September 1, 2021
admin
Leave a Comment on Can You Guess The Actress Doing Aerial Yoga In This Pic? 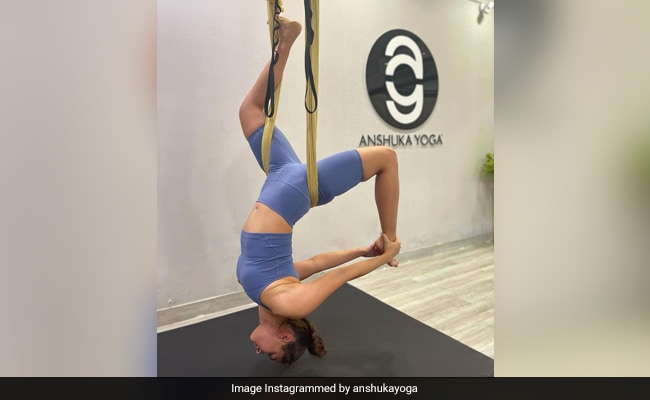 The photo was shared on Anshuka Yoga’s page. (courtesy anshukayoga)

Pilates girl Alia Bhatt  ditched her usual fitness routine and did aerial yoga instead, a picture from which was shared on the official Instagram page of Anshuka Yoga and Wellness. In the picture, Alia Bhatt can be seen trying out different aerial yoga poses. Natarajasana is one of them. The caption on the post read, “Inverting and dancing into opening up the heart, Alia Bhatt. Reversing gravity flushes fresh nutrients and oxygen to the face, stimulates the facial capillaries and hair follicles of the scalp, and helps remove visual signs of toxicity, giving your skin a natural “face lift” and glow. Inversions literally turn your frown upside down.”

Here are some more posts of Alia Bhatt doing yoga:

Alia Bhatt has a busy schedule this year, with several film releases lined up. Her upcoming projects include Ayan Mukerji’s fantasy trilogy Brahmastra, co-starring boyfriend Ranbir Kapoor and veteran Amitabh Bachchan, and SS Rajamouli’s RRR with Ram Charan, Jr NTR and Ajay Devgn. She will also be seen in Gangubai Kathiawadi, which has been directed by Sanjay Leela Bhansali. It is her first project with the filmmaker. Alia Bhatt was last seen in Sadak 2, co-starring Aditya Roy Kapur, Sanjay Dutt and Pooja Bhatt.