Skip to content
Bollywood Movie
September 28, 2021
admin
Leave a Comment on Akshay Kumar And Twinkle Khanna’s “Jab We Met To What The Heck” Story In 6 Pics 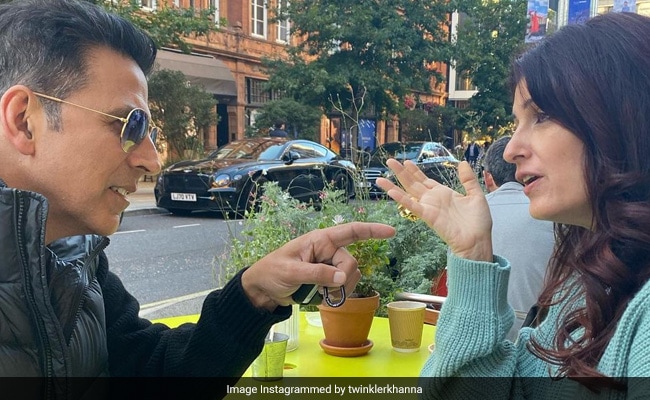 Twinkle Khanna’s hilarious takes on the concept of marriage never gets old. On Tuesday, Twinkle decided to create a series of sorts with photos, in her attempt to represent what a functional marriage usually looks like. In doing so, she roped in her husband Akshay Kumar. In the series of photos clicked at a cafe, Twinkle Khanna and Akshay Kumar’s expressions go from yay to nay in just a matter of six photos. “Marriage diaries,” Twinkle added in a hashtag, claiming despite not seeing eye-to-eye with Akshay Kumar always, they indeed are “best friends.” Twinkle Khanna and Akshay Kumar celebrated their 20th wedding anniversary in January this year.

In the caption to her post, Twinkle Khanna shared the backstory behind the photos: “My niece took a series of pictures while we were chatting away and I think this is pretty much a representation of most marriages. You start off with your best smile and it goes progressively downhill. The last picture is of me trying to intimidate him but managing to knock over my coffee instead! From Jab We Met to What The Heck!”

Akshay Kumar is currently in the UK for work, where he is accompanied by his family. Earlier this month, Akshay Kumar lost his mother Aruna Bhatia – the actor had flown back from the UK to be with her when she was admitted to the hospital. Days after her death, Akshay Kumar returned to the UK with wife Twinkle and kids Aarav and Nitara.

In terms of work, Twinkle Khanna is a former actress, who switched careers to become an author. She has these best-selling books to her credit: Pyjamas Are Forgiving, The Legend Of Lakshmi Prasad and Mrs Funnybones. Twinkle Khanna currently sports many hats – she’s a columnist, an interior designer, a producer and also a Twitter humourist. Meanwhile, Akshay Kumar’s line-up of films includes Sooryavanshi, Atrangi Re, Prithviraj, Bachchan Pandey, Raksha Bandhan and Ram Setu.