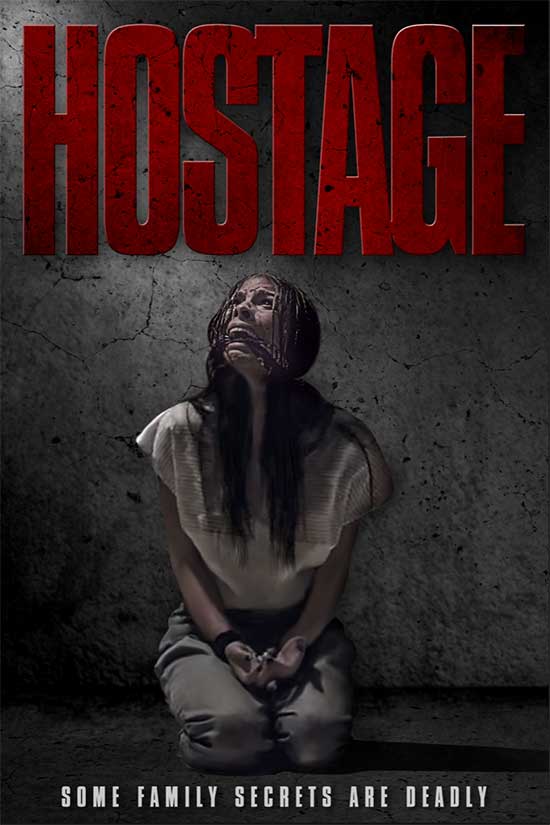 MARK is down on his luck & looking for a house to rob. He picks one that is seemingly empty and breaks in through the window. To his surprise, he is attacked by an unknown assailant, ASHLEY, the daughter of the people that live in the house and is taken hostage by the entire family.

“Hostage” is my feature film, directorial debut. After directing several short films, I decided it was time to make my own feature. I partnered with my long-time collaborator, Laura Polisena to co-write and produce a compelling story that would focus on a convoluted character and the people that made her that way. We also wanted to tell a story in which the audience does not know who to side for because everyone has their own evil motive (of course some are worse than others).

Along with my experience in short films, I come from a background in photography. I wanted to use my skills to visually tell a story in a limited space and work with a professional team to bring my eerie vision as to what might go on in a suburban house. The experience was challenging at times, but I’m pleased to say that we have managed to make something we are truly proud of.