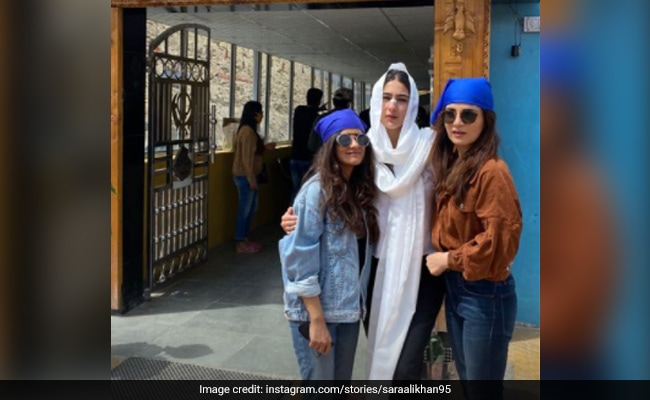 Bollywood actors Sara Ali Khan and Radhika Madan managed to scoop some time out of their busy lives and decided to go on a holiday together. The duo’s latest travel pictures from Ladakh are trending big time on social media. The actresses, who flew together to Ladakh, were joined by singer Jasleen Royal. Sara, who has actively been sharing pictures and videos from her holiday, added another one to her travel album and it features her posing with Radhika Madan and Jasleen Royal. Sara revealed in her Instagram story that the picture happens to be from Gurudwara Shri Pathar Sahib. 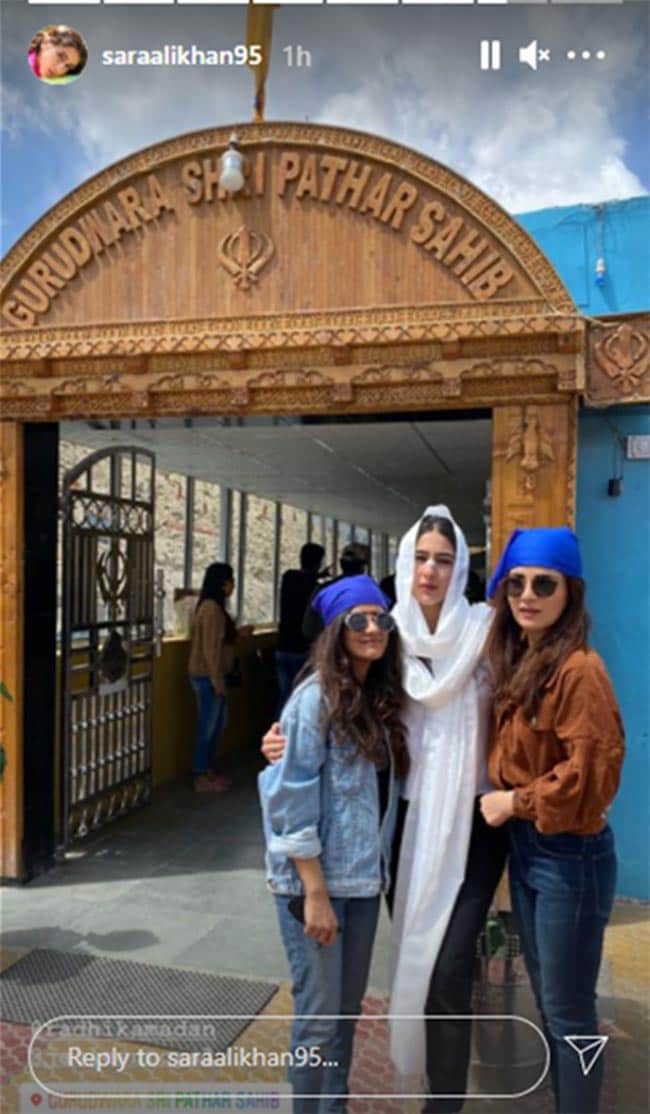 Meanwhile, both Sara Ali Khan and Radhika Madan have actively been sharing pictures and videos from their Ladakh trip. Take a look at some of the posts here:

Sara, who made her Bollywood debut in 2018, has featured in films such as Kedarnath (her debut film), opposite late actor Sushant Singh Rajput, Simmba, co-starring Ranveer Singh and Love Aaj Kal with Kartik Aaryan. Sara’s upcoming project includes Atrangi Re, co-starring Akshay Kumar and Dhanush. She was last seen in the Coolie No 1 remake, co-starring Varun Dhawan.

Radhika Madan made her debut in Bollywood with Vishal Bhardwaj’s comedy-drama Pataakha. She later featured in Vasan Bala’s action-comedy Mard Ko Dard Nahi Hota, in which she co-starred with debutant Abhimanyu Dassani. She was also seen in Angrezi Medium, which released last year. Radhika Madan has also featured in Netflix series Ray, in which she starred in Vasan Bala’s segment titled Spotlight. She has Shiddat and