Skip to content
Hollywood Movie
August 30, 2021
admin
Leave a Comment on Ed Asner, Emmy-Winning Star Of Up, Dies At 91 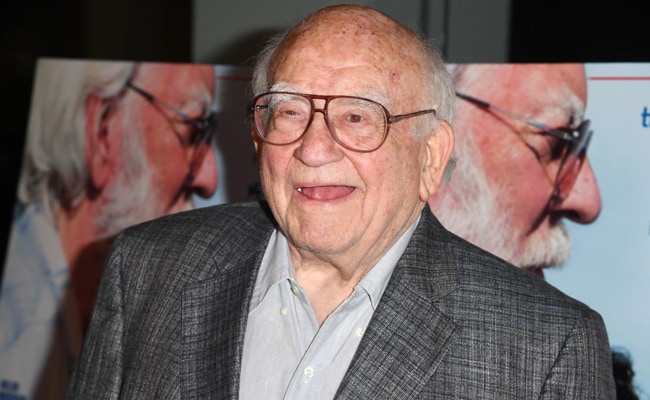 US television actor Ed Asner, winner of a record seven Emmy awards, has died at age 91, his family said Sunday. “We are sorry to say that our beloved patriarch passed away this morning, peacefully. Words cannot express the sadness we feel,” his family wrote on the actor’s Twitter account. “With a kiss on your head — Goodnight dad. We love you.” His publicist said Asner died of natural causes. Asner originally made a name for himself playing newsroom boss Lou Grant on The Mary Tyler Moore Show, the iconic sitcom that ran from 1970 to 1977, and then later on a spinoff show centered on his character.

He won three of his seven Emmys for playing the character, and is one of only two actors to win a comedy and drama Emmy for the same role on different shows.

Asner won himself a new generation of fans with his portrayal of another tough guy with a heart of gold: widower Carl Fredericksen in the 2009 animated movie Up, which was nominated for the Oscar for best picture.

In the film, Asner voices a hardened old man who ties thousands of balloons to his house and flies it to South America, seeking to fulfill his late wife’s wish for adventure.

Edward Asner was born on November 15, 1929 in Kansas City, Missouri. The youngest of five children, he worked on his high school newspaper — foreshadowing his stint playing an editor on the small screen — and played football.

As an adult, he worked on an auto-assembly line, though he said in a 1973 interview he had dreams of seeing South America — again foretelling a future character — or Alaska. He then served in the army before finally making his way into acting.

He appeared in a series of off-Broadway plays, television shows and movies before getting his big break with The Mary Tyler Moore Show.

A liberal activist, he participated in protests in support of labor unions and against the death penalty. He also served two terms as president of the Screen Actors Guild.

In May, Asner’s friend and Mary Tyler Moore co-star Gavin MacLeod passed away. Asner shared his grief on Twitter.

“My heart is broken. Gavin was my brother, my partner in crime (and food) and my comic conspirator,” he wrote.

“I will see you in a bit Gavin. Tell the gang I will see them in a bit. Betty! It’s just you and me now,” he added, referring to legendary actress Betty White, who is currently the only living alum of the show.

October 23, 2021
admin
Leave a Comment on Vin Diesel Walked Paul Walker’s Daughter Down The Aisle At Her Wedding. It’s OK To Cry

October 22, 2021
admin
Leave a Comment on NO TIME TO DIE is a fun-filled entertainer that will give you your money’s worth.

October 22, 2021
admin
Leave a Comment on DUNE is a cinematic spectacle with fine performances. However the lack of buzz, long length, and confusing narrative will affect its box office prospects.