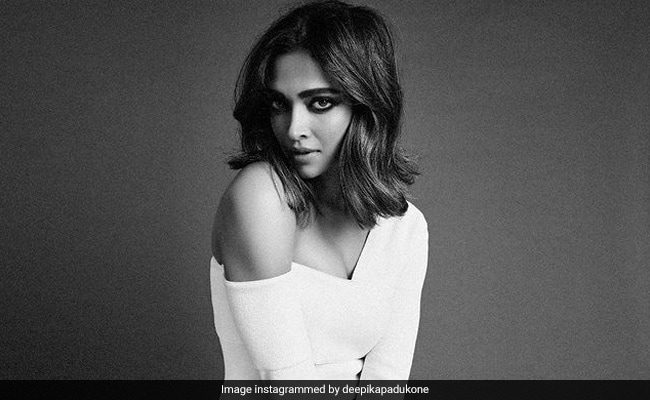 Deepika Padukone has signed her second Hollywood film, a cross-cultural rom-com that the actress will also produce under banner Ka Productions. Deepika, who made her international debut opposite Vin Diesel in 2017’s xXx: The Return of Xander Cage, will play the lead in a project being developed by STXFilms. “Ka Productions was founded with the aim to develop and produce purposeful content with global appeal. I’m thrilled to be partnering with STXFilms and Temple Hill Productions, who share Ka’s ambition and creative vision and look forward to bringing impactful and dynamic cross-cultural stories to the world,” Deepika, 35, said in a statement, reports news agency ANI.

“There is a reason Deepika is one of the biggest global stars to come from India. She is enormously talented with an infectious personality and her profile continues to grow as an international superstar. While she has been a phenomenal success in many Eros International films, we are thrilled to be building a romantic comedy with her and our friends at Temple Hill. We believe this project gives us the opportunity to tap into the spirit, voice, characters and vibrant settings of India and New York in ways that made Crazy Rich Asians feel so authentic and fresh,” said STXFilms chairman Adam Fogelson, reports ANI.

A story carried by Deadline has been going viral – Deepika Padukone shared a screenshot in her Instagram Stories: 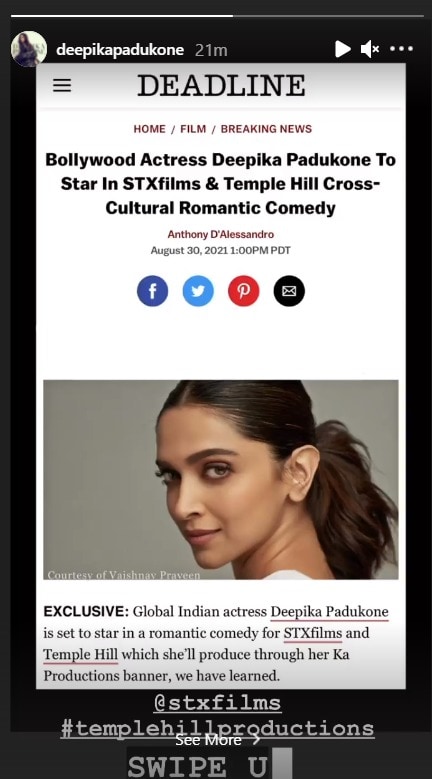 Twitter is beside itself and Deepika is the top trend:

“There is a reason Deepika is one of the biggest global stars to come from India. She is enormously talented with an infectious personality and her profile continues to grow as an international superstar”#DeepikaPadukonepic.twitter.com/2sJhhYkoHN

Alright so she is actually collabing with the fault in our stars, twilight saga makers and she got her own rom com CENTERED AROUND HER…IN HOLLYWOOD…That too as a producer!is this real life? some body pinch me cause it just feels like a dream! WE BOW!
#DeepikaPadukone

Also , i have stopped complaining about her not announcing films , not being active on sm , not doing photoshoots months ago…coz ik whenever she’ll come up with something it will be super exciting and will be worth it and it always is #DeepikaPadukonepic.twitter.com/MHSnj07Wn9

Deepika Padukone, who has a role in the upcoming cricket drama ’83 opposite her husband Ranveer Singh, also has a Shakun Batra film in the works as well as Pathan opposite Shah Rukh Khan, whose film Om Shanti Om she debuted in.

October 20, 2021
admin
Leave a Comment on Gal Gadot Recalls How She Felt When Joss Whedon “Threatened” Her

The supermodel dressed as Princess Fiona. (courtesy: heidiklum) Highlights The […]

October 20, 2021
admin
Leave a Comment on How This Supermodel Transformed Into Princess Fiona For Halloween