Skip to content
Tv Show
August 31, 2021
admin
Leave a Comment on Contestants Get Chance To Split From Their Partners To Be Divya Agarwal’s Connection 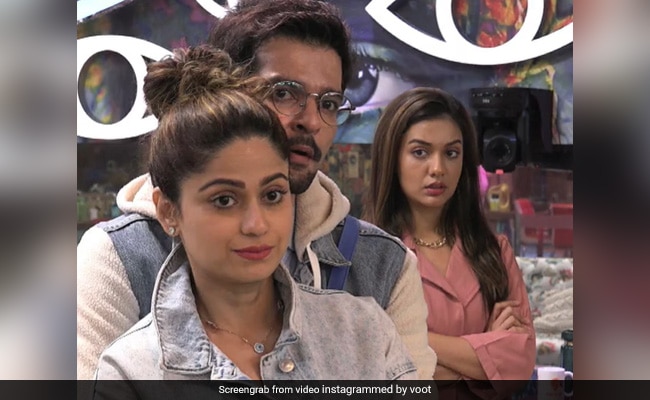 It appears that the only thing that is constant in the Bigg Boss OTT house is change. At least, that is what the latest promo of the show shared on Instagram by Voot seems to suggest. And, it looks like this time around, things could be working out in favour of Divya Agarwal, who was left in the lurch after her “connection” Zeeshan Khan was evicted from the house. Bigg Boss has now offered contestants a chance to break away from their current connection and team up with Divya if they feel that such an association would help them better in the course of the show.

In the video, the contestants are seen sitting in the garden area of the house when they are played the message from Bigg Boss. The voice is heard saying, “Is baar yeh mauka sirf ladko ko nahi, ghar ke pratyek sadasya ko hai (This time, the opportunity is not just for men but all the members of the house).” The announcement leaves Shamita Shetty and Raqesh Bapat in splits. Akshara Singh and Pratik Sehajpal, on the other hand, are seen with concerned expressions on their faces.

Divya Agarwal’s connection, Zeeshan Khan was evicted from the show on account of him flouting rules and becoming violent with co-contestant Pratik Sehajpal. This left Divya with no partner in the game, even as the rest of the contestants played in pairs.

This news comes at a time when Nia Sharma confirmed her wild card entry on the show. The actress shared a picture from her pre-show quarantine on Instagram. She captioned the post, “Chalo kuch toofani karte hai (Let us do something wild)… Bigg Boss OTT on September 1.”